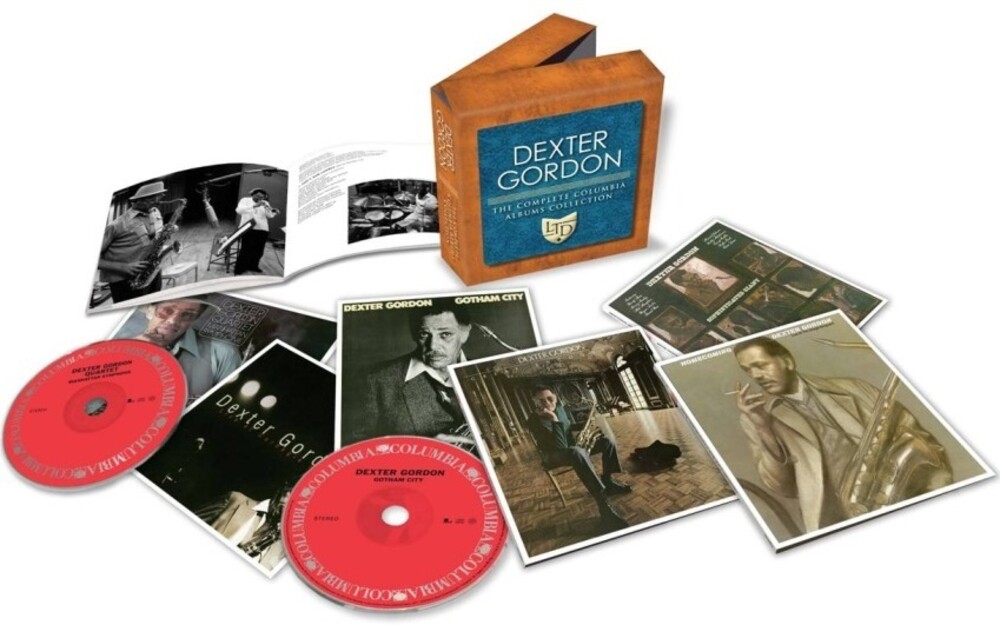 After his exile in Europe Dexter Gordon returned to the USA the end of 1976. This event was documented on the 2 LP set Homecoming - Live at the Village Vanguard (CD1 & 2). After this Dexter and producer Michael Cuscuna embarked on a new project only a major label could fund: a larger ensemble to support the lush and marvellous tenor sound of Mr. Gordon. Slide Hampton was enlisted as arranger and the result was the album Sophisticated Giant (CD3). With his working quartet (George Cables, Rufus Reid and Eddie Gladden) Dexter recorded Manhattan Symphony in 1978 (CD4). The Live at Carnegie Hall tapes were discovered in 1998 and here we hear the quartet stretching out a bit more than in the confines of the studio walls. Johnny Griffin sits in on 2 tracks (CD5). The quartet broke up at the end of the 70's so the next album Gotham City became an all-star affair with Woody Shaw, George Benson, Cedar Walton, Art Blakey & Percy Heath (CD6). The CBS All-Stars - Montreux Summit and the Havana Jam tracks on which Dexter plays can be found on the last CD (CD7). The tracks from the Great Encounters album are put back together with the original sessions from which they came. Dexter would even reach greater stardom with the general public through his appearance in the movie 'Round Midnight but these albums from the late 70's show us the strength and magnificent skills he had as an improviser. A true Sophisticated Giant of the Tenor Saxophone!