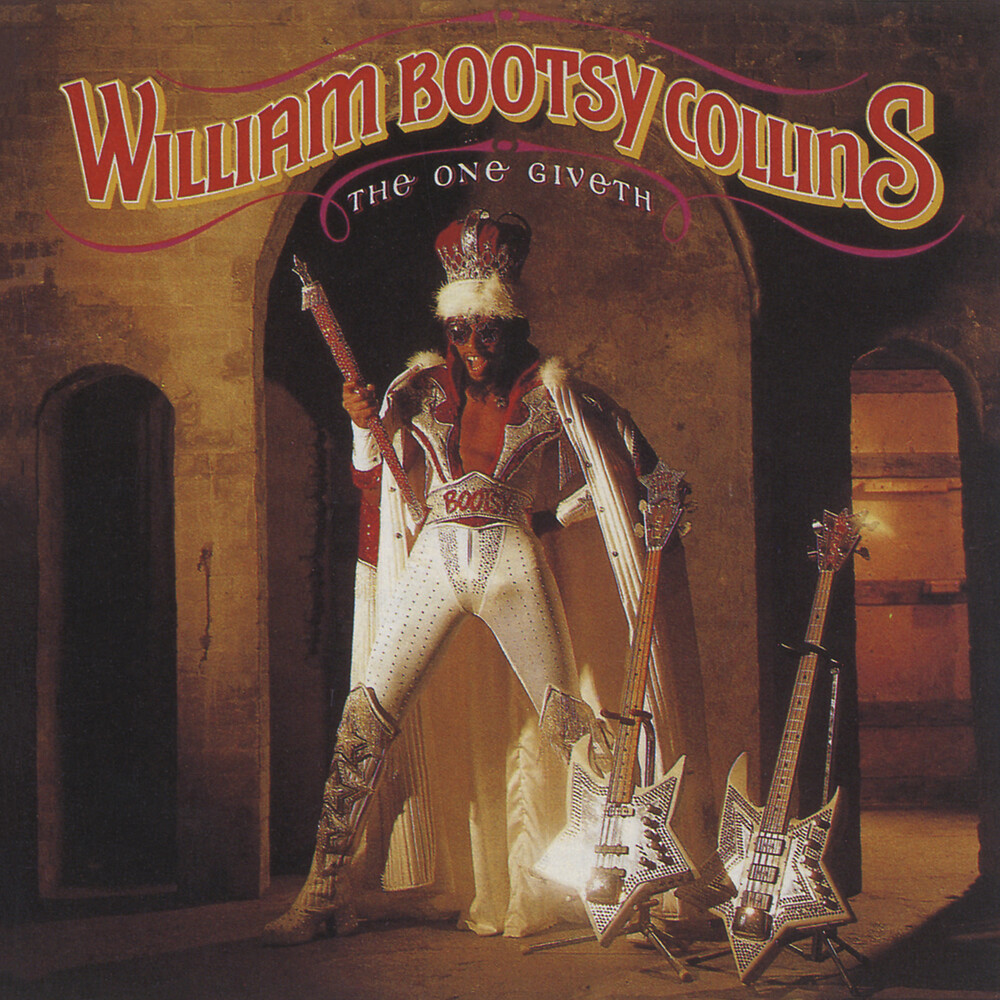 'Bootsy' Collins is a veteran of James Brown's J.B.'s. He learned from the best, fusing the 'Godfather's riffs with psychedelia, disco, jazz and new wave. Bootsy was way ahead of his time. This album is by far the best 'Bootsy' release ever. From "Shyne-O-Myte" to "The Funky Functioneer" every track is P-Funk, Un-Cut Funk with his signature complex 'space' bass runs and wonderful horn arrangements (with thanks to Fred Wesley and Maceo Parker). 'The One Giveth, The Count Taketh Away' also features 'Catfish' Collins, Bernie Worrell, P-Nut Johnson, the trio Dodmoma and fellow Ohioans Midnight Star from funk capital Dayton. This is the timeless work from one of the leading names and innovators in funk with his driving basslines and humorous vocals.