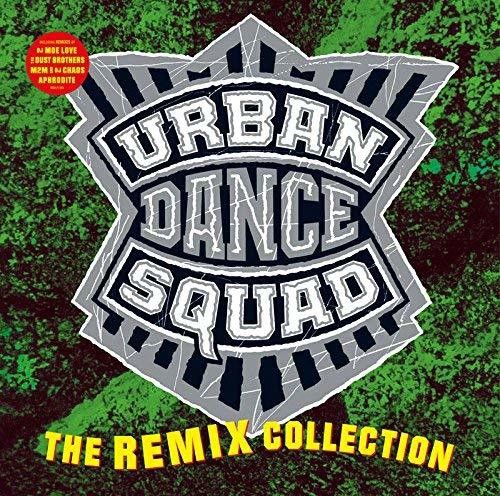 Urban Dance Squad was a Dutch rap rock band formed after what was originally intended as a one-time jam-session at a festival in Utrecht on December 20, 1986. The Remix Collection features different and exclusive versions of all their greatest hits like “Ego”, “Demagogue”, ‘Fast Lane”, “Happy Go Fucked Up”, “Temporarily Expandable” and includes remixes by Dj Moe Love, The Dust Brothers, M2M and Dj Chaos and Aphrodite.
The band consisted of a guitarist, bassist, drummer, rapper, and DJ. Their music is described as a blend of genres including funk, soul, heavy metal, hip hop, reggae, jazz and ska. Urban Dance Squad was one of the most successful Dutch bands of the nineties, releasing five studio albums. The Remix Collection is available on vinyl for the first time and will only be available on Record Store Day. This limited edition is pressed on 180 gram transparent vinyl. Only 1.000 copies are available.