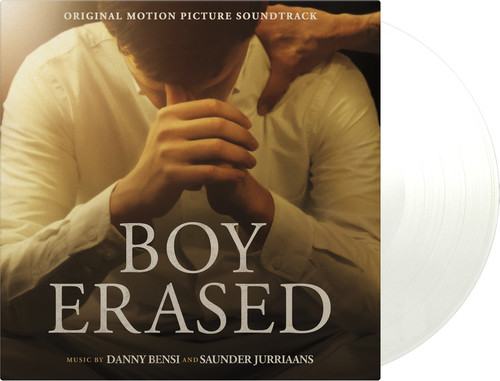 Boy Erased is a 2018 American coming-of-age drama film based on Garrard Conley's 2016 memoir of the same name. The score to the movie is composed by Danny Bensi & Saunder Jurriaans. The film featuring original songs by Jonsi (Sigur Ros) and Troye Sivan. Sivan spoke about the song during a recent tour stop in New York City. 'I got together with Jonsi of Sigur Ros and Leland. Joel Edgerton (writer/director) showed us a scene from the movie, and I don't want to spoil anything, but it's this one moment of relief in the film,' he said. In scoring Boy Erased, Danny and Saunder decided early on that following main character Jared's emotional journey was the key to creating a poignant and beautiful score. Also, being extremely careful not to over-score and therefore 'sway' the audience into how they should think or feel. Boy Erased tells the courageous story of Jared (Lucas Hedges), the son of a Baptist pastor in a small American town, who is outed to his parents (Nicole Kidman and Russell Crowe) at age 19. Jared is faced with an ultimatum: attend a conversion therapy program, or be permanently exiled and shunned by his family, friends and faith. Boy Erased is the true story of one young man's struggle to find himself while being forced to question every aspect of his identity. Sivan also acts alongside Hedges as Gary, a fellow conversion therapy student. The Boy Erased package contains a 4-page booklet and exclusive poster. The release is available as a limited edition of 2.000 numbered copies on transparent vinyl and you'll find secret inscriptions in the run-out groove.