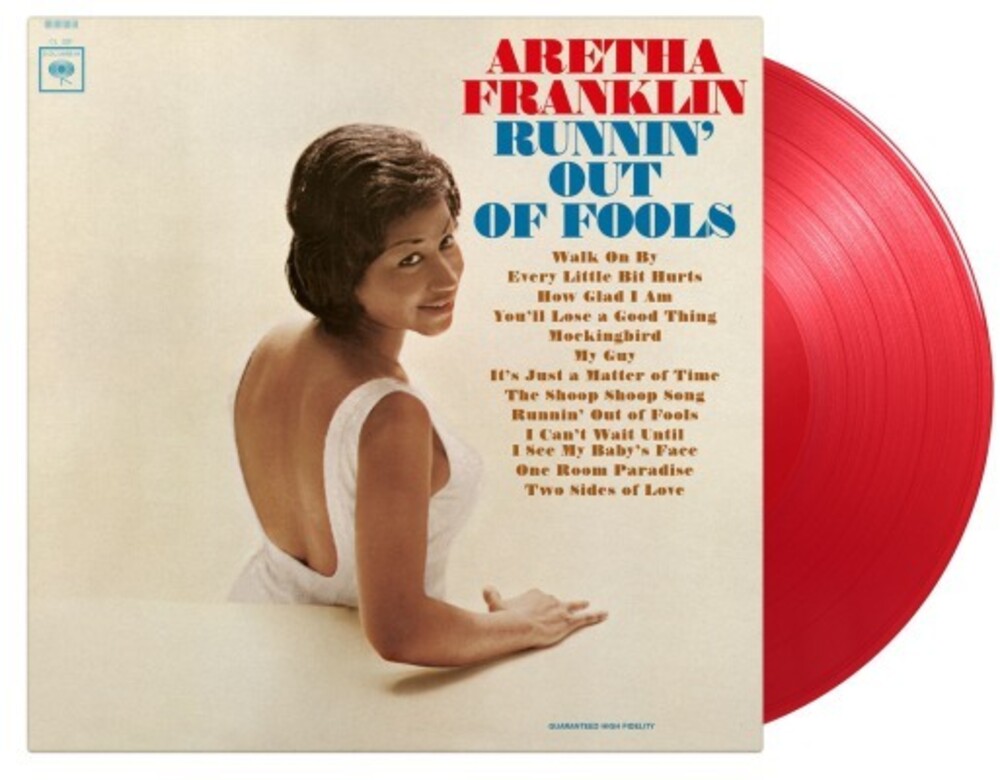 Limited edition of 2000 individually numbered copies on red coloured 180-gram audiophile vinyl. Runnin' Out of Fools is the sixth studio album by the American "Queen of Soul" Aretha Franklin, originally released in 1964 and arranged and conducted by Belford C. Hendricks. The album features cover versions of Dionne Warwick "Walk On By", Betty Everett "The Shoop Shoop Song (It's In His Kiss)" and Mary Wells "My Guy" amongst others.