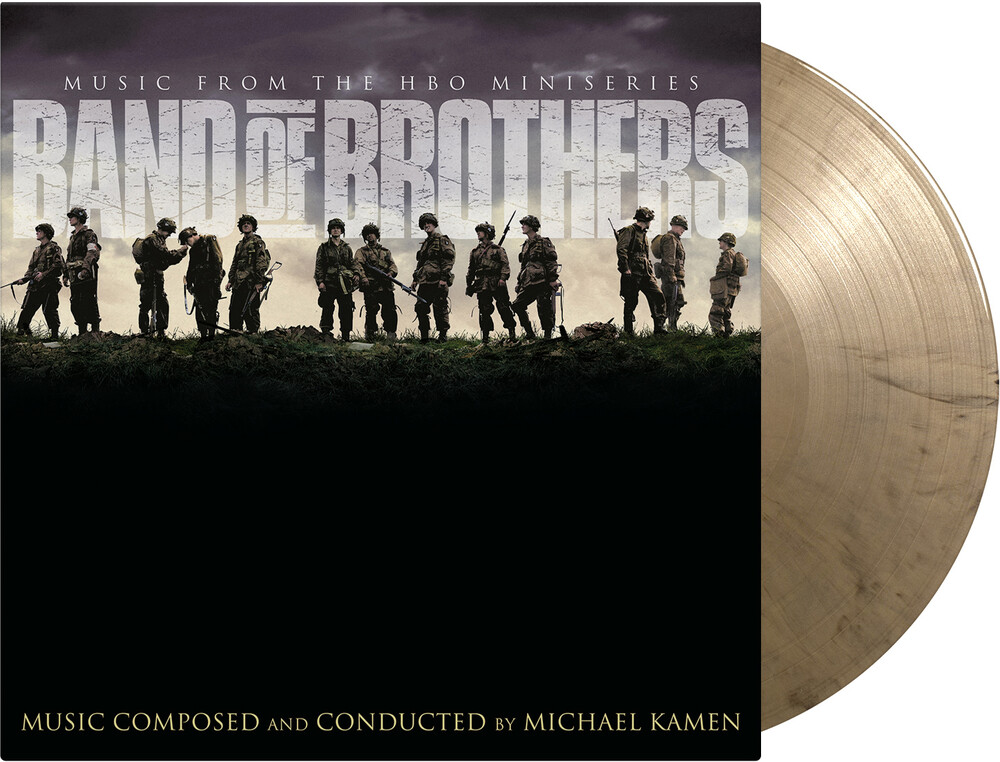 Band of Brothers is a 2001 American war drama HBO miniseries based on historian Stephen E. Ambrose's 1992 non-fiction book of the same name. Produced by Steven Spielberg and Tom Hanks, the series tells the story of 'Easy' Company, 2nd Battalion, 506th Parachute Infantry Regiment, of the 101st Airborne Division, from their first jump training in the United States through their participation in major actions in Europe during World War II. The series received universal acclaim and went on to win many awards, including multiple Emmy and Golden Globe Awards. The theme music was composed by the late Michael Kamen, known for his scores for titles such as the Die Hard films, X-Men, Memento as well as several HBO series. He had also collaborated previously with Tom Hanks, who produced the score for Band of Brothers. The bold, evocative soundtrack to the series was very well received, with critics calling it Kamen's best work to date. This limited 20th anniversary edition of 1000 numbered copies is pressed on black & gold marbled vinyl. It is housed in a deluxe gatefold sleeve with leather laminate and includes a full size poster and insert.