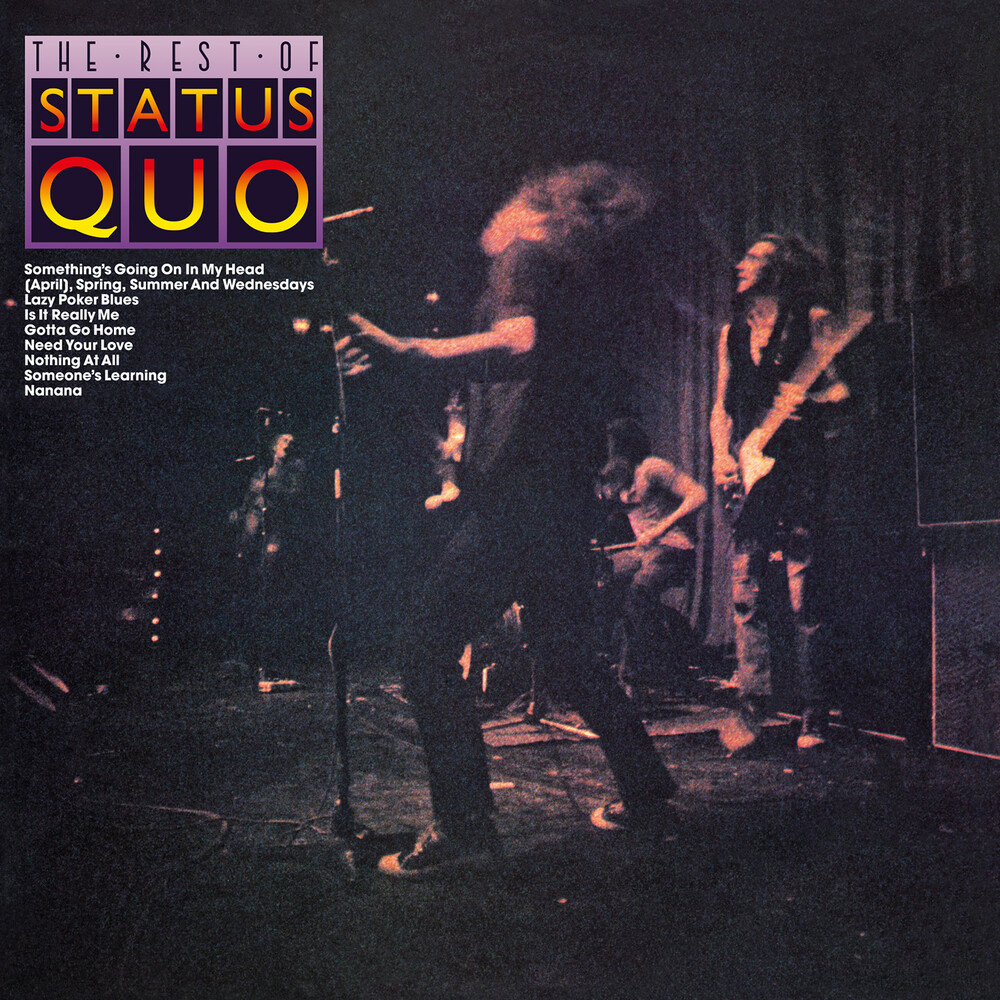 This is good early Quo material, compiled in the late 1960s when the band was with Pye. Quo-Mania was in full effect. Band-member Alan Lancaster at the time: 'I don't think there's a rock band quite like us in the sense that we put everything into it. Sometimes it's obvious we're getting off on the audience as much as they get off on us. They identify. So do we.' That hard work and energy is there in abundance in this album. Things change fast in the pop music world but what clearly has not changed over the years is the sheer energy, hard graft, application and dedication of four guys who called themselves Status Quo but in fact helped change the whole face of rock/pop with a sharp injection of heavy metal. Try the track Something's Going On In My Head, or Nanana. No, better still - try all of them. It comes as a limited edition of 2000 individually numbered copies on purple vinyl