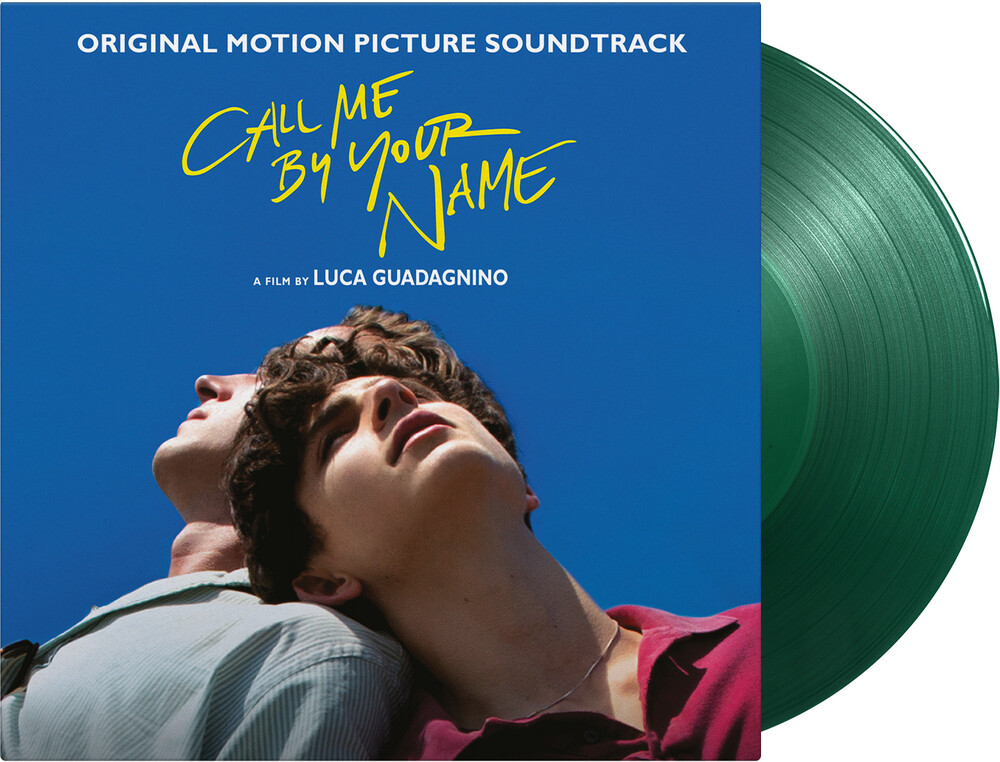 Call Me By Your Name (Countryside Green Vinyl)
Vinyl

Call Me By Your Name, the film by Luca Guadagnino, is a sensual and transcendent tale of first love, based on the acclaimed novel by André Aciman. Summer of 1983, Northern Italy. An American-Italian is enamored by an American student who comes to study and live with his family. Together they share an unforgettable summer full of music, food, and romance that will forever change them.The film received critical acclaim. Critics praised in particular Chalamet, Hammer and Stuhlbarg's performances, Guadagnino's direction and the screenplay. Call Me By Your Name won a variety of awards, including Academy, BAFTA and GLAAD Awards and many more. Sufjan Stevens's song "Mystery of Love" was nominated for the Academy Award for Best Original Song at the 90th Academy Awards.Luca Guadagnino wanted the film's music to be connected to Elio, a young pianist who likes to transcribe and adapt pieces in order to get close to Oliver. The music is used to reflect the time, the characters' family, level of education and "the kind of canon they would be a part of". Guadagnino found himself resonating with Sufjan Stevens' lyricism through his work and initially asked Stevens to record an original song. Eventually, Stevens contributed three songs to the soundtrack: "Visions of Gideon", which was used at the end of the film, "Mystery of Love," which was featured in the film's first trailer and a new rendition of "Futile Devices" with piano. Stevens penned the songs by using the script, the book, and the conversations with the director about the characters. It marks Sufjan Stevens' first soundtrack for a feature film.The vinyl package of Call Me By Your Name includes a poster, an insert and the 180-gram records are housed in 2 exclusive printed innersleeves. This is a limited edition of 20,000 copies on "countryside green" vinyl. The heavyweight jacket has a deluxe leather laminate finish. The records are housed in a customized PVC jacket There's an exclusive CMBYN closing sticker on the back of the PVC jacket.