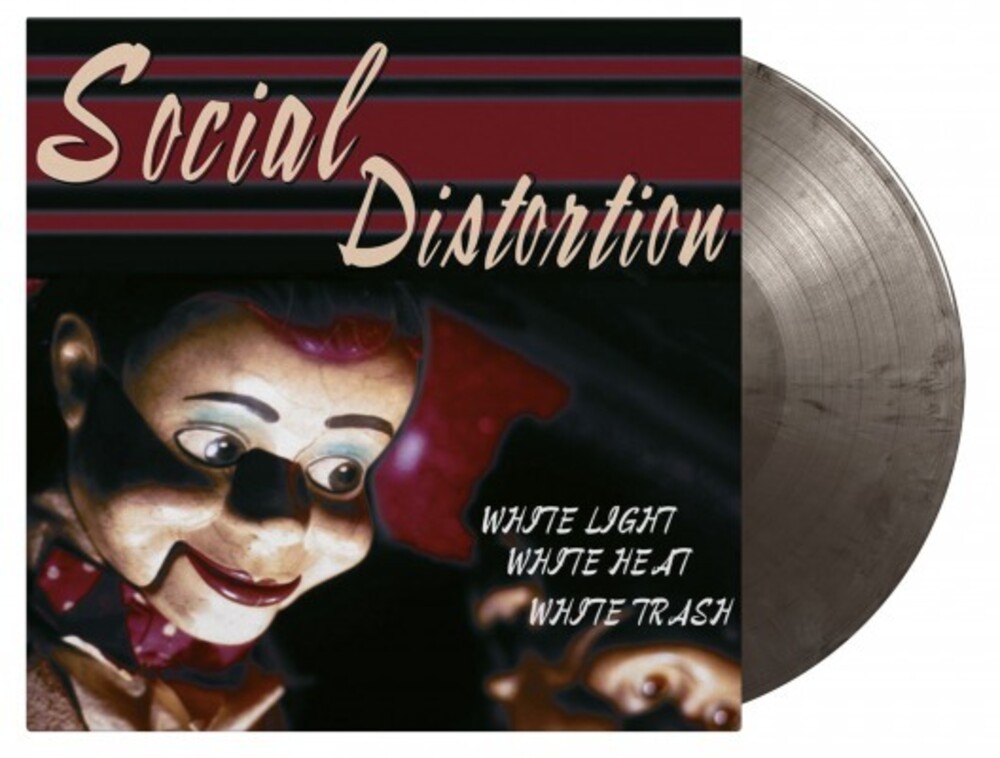 180 gram audiophile vinyl. Printed innersleeve. Heavyweight sleeve with leather laminate. Includes "Don't Drag Me Down", "When The Angels Sing", "I Was Wrong" + hidden track "Under My Thumb". 25th Anniversary Edition of 4000 individually numbered copies on silver & black marbled vinyl. White Light, White Heat, White Trash is the fifth album by American punk rock band Social Distortion, which was originally released in 1996. The album is produced by Michael Beinhorn. It includes the hits "I Was Wrong", "Don't Drag Me Down" and a praised cover version of the Stones' "Under My Thumb".