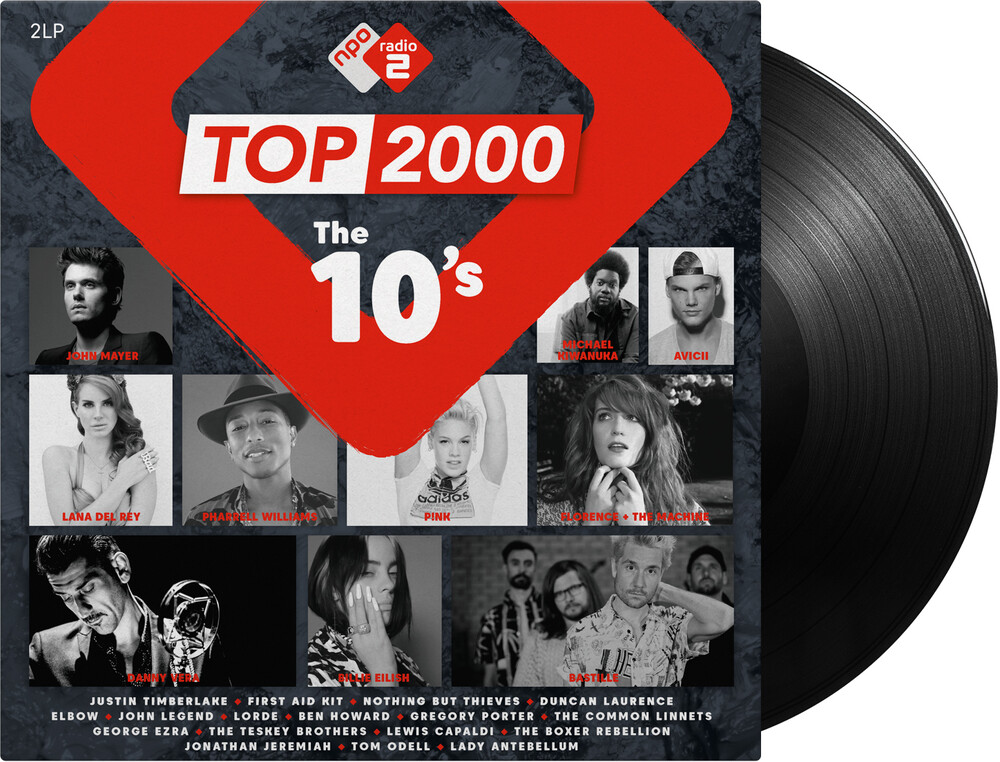 The Radio 2 Top 2000 is the largest annual radio event in The Netherlands. The audience of Radio 2 gets to vote for their favorite all-time songs. Literally millions of votes come together in the Top 2000. All these 2000 songs are broadcasted back to back from Christmas until a few minutes before New Year's Eve, when they air the No.1 of the chart.The Top 2000 bridges the gaps between all musical generation from the Sixties to the present, making it the most eclectic chart out there, and keeping more than half of the country glued to their radio day and night for the whole week it's broadcasted. And with a daily tv spin-off during it's broadcast, it has reached an even bigger audience.Top 2000 - The 10's contains the best hits from the century in which the style of vocals popular in indie pop became immensely widespread among pop instrumentalists as they were commonly used by younger artists. Traditional instruments, such as the mandolin, dulcimer, ukulele, bongos and accordion, have been used more often and teen pop, electronic and rock music became more popular. This compilation of hits dated from the 10's feature furthermore Pharrel Williams, Billie Eilish, John Mayer, Lorde, Lana Del Rey, First Aid Kit, Elbow, Florence + The Machine and Nothing But Thieves.Top 2000 - The 10's is a 2LP and available on black vinyl.