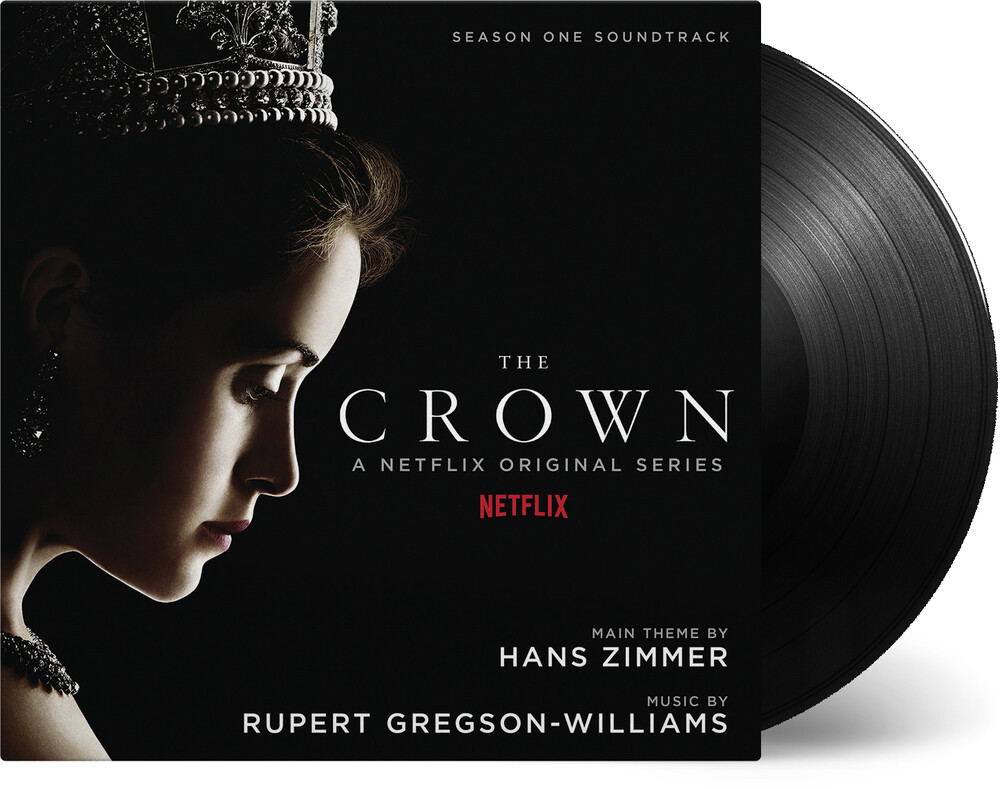 The Crown is a drama television series, created and written by Peter Morgan and produced by Left Bank Pictures and Sony Pictures Television for Netflix Original. The show is a biographical story about the early reign of Queen Elizabeth II of the United Kingdom. Netflix got one of Hollywood's most prolific and prestigious musicians to compose The Crown's main theme: Hans Zimmer. The 10-time Oscar nominee created some of the most iconic soundtracks of our time including The Dark Knight, Inception, and his Academy Award winning music for The Lion King. The rest of the music in the series was written by Rupert Gregson-Williams, another Hollywood composer whose work you may be familiar with from the likes of Hotel Rwanda, The Legend Of Tarzan, Hacksaw Ridge and Over the Hedge. The Crown: Season 1 is available on black vinyl.