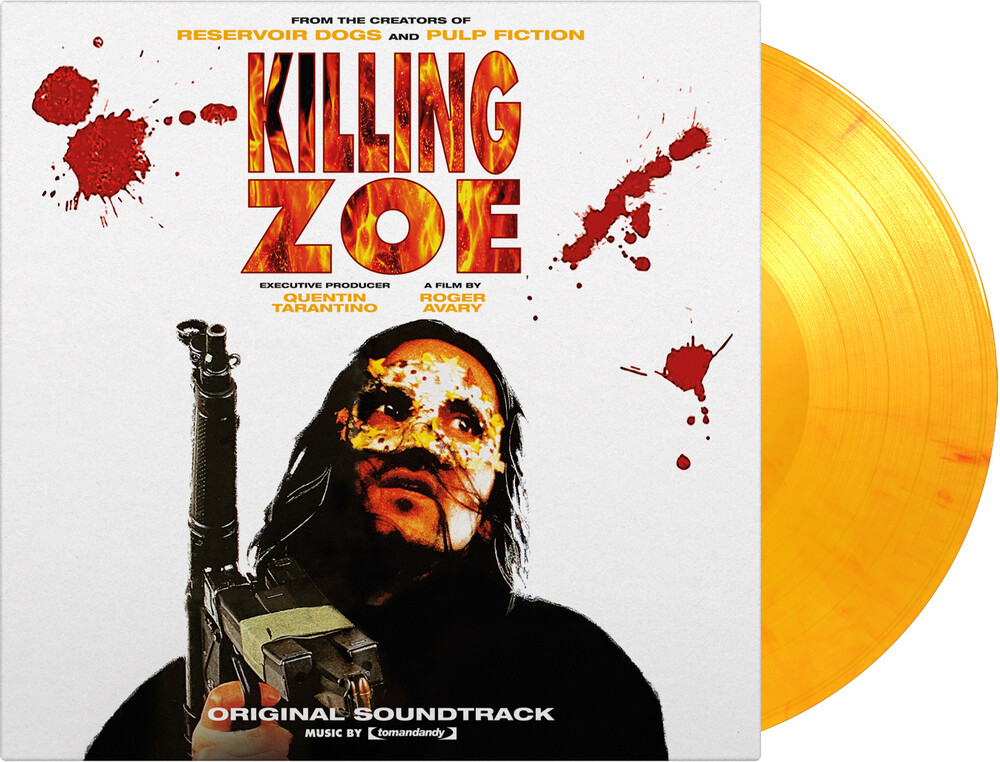 Killing Zoe is a 1994 crime / bank heist film written, directed and produced by Roger Avary and co-produced by Quentin Tarantino. Killing Zoe follows the story of a safe cracker named Zed who returns to France to aid an old friend in performing a doomed bank heist. The film was labeled by acclaimed film critic Roger Ebert as 'Generation X's first bank caper movie'. After the production of Killing Zoe, Avary and Tarantino continued their collaboration and produced both the iconic award winning movie Pulp Fiction and several radio dialogues in Reservoir Dogs. The score to Killing Zoe was produced by Tomandandy, aka Thomas Hajdu and Andy Milburn. This duo is best known for their horror scores like The Hills Have Eyes and The Strangers amongst others and many collaborations with great artists such as Lou Reed, David Byrne, U2 and Laurie Anderson.Killing Zoe is available on vinyl for the first time as a limited edition of 2000 individually numbered copies on flaming colored vinyl and includes an insert with liner notes.