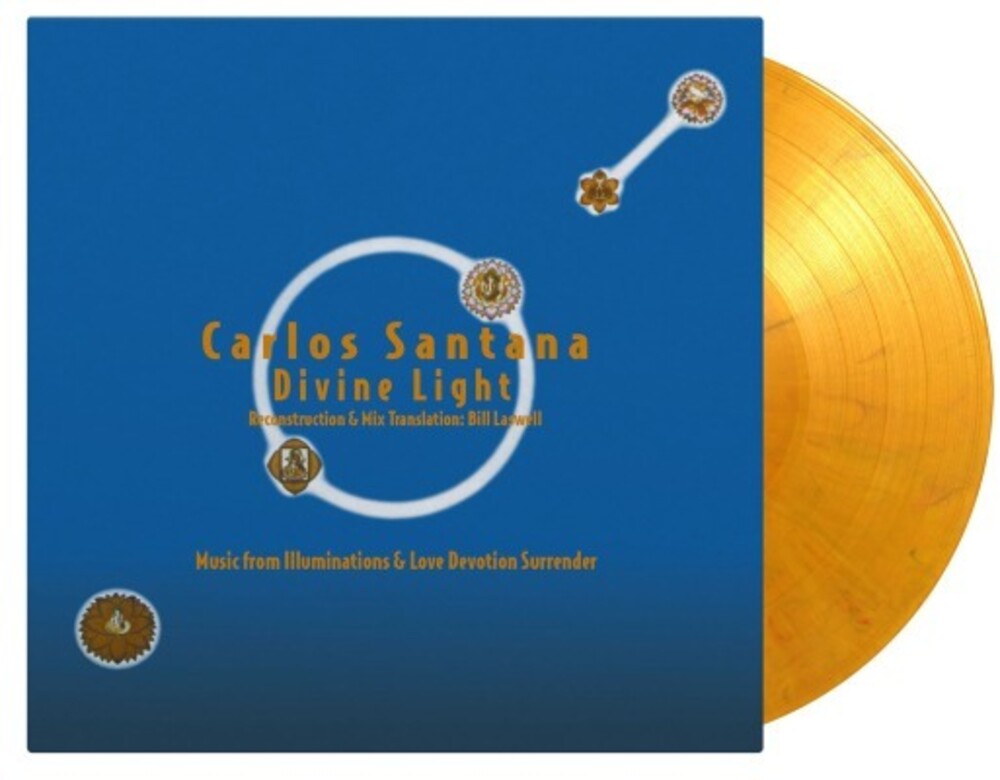 Divine Light (Reconstruction & Mix Translation By Bill Laswell) is available on vinyl for the very first time as a limited edition of 1500 individually numbered copies on yellow, red & black marbled vinyl. This 2LP is housed in a gatefold sleeve and includes an insert. The American bass guitarist and record producer Bill Laswell has been involved in thousands of recordings with many great artists, including Herbie Hancock, Fela Kuti, Pharoah Sanders and even produced the Miles Davis remix album Panthalassa. He draws his music from funk, world music, jazz, dub, and ambient styles. His 2001 album Divine Light features inspired "reconstructions and mix translations" of tracks from Carlos' first spiritual explorations. For this album, Laswell went for the two albums that were an explicit acknowledgement of Santana's love of John Coltrane, Illuminations (1974) and Love Devotion Surrender (1973).