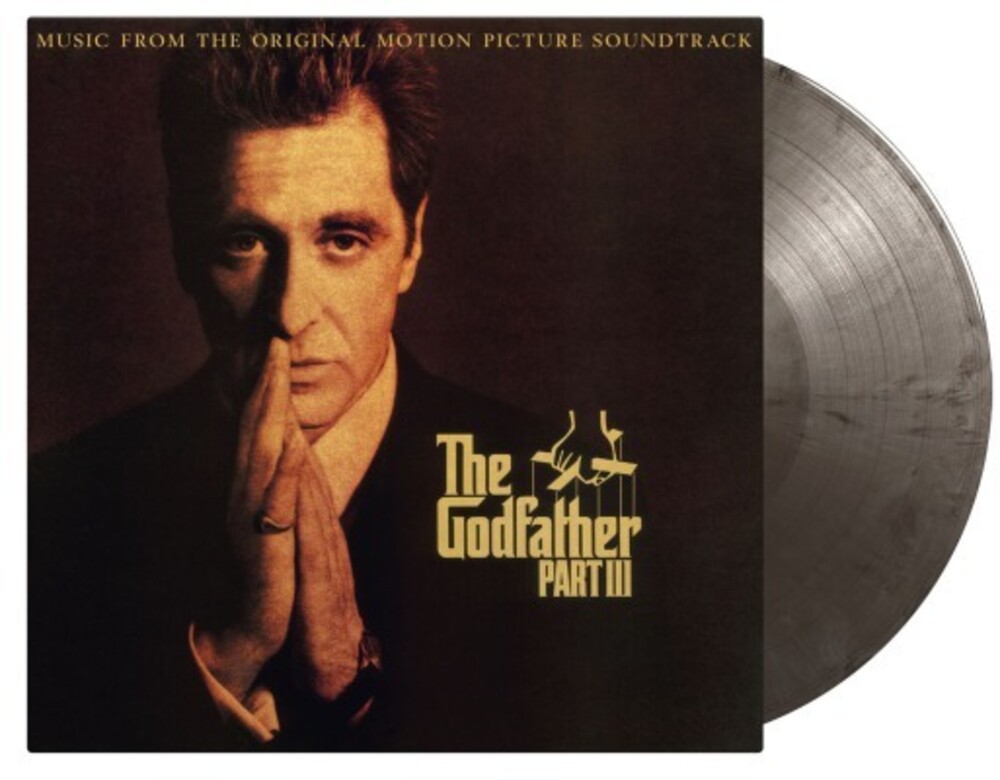 Limited edition of 1000 individually numbered copies on silver & black marbled 180-gram audiophile vinyl. The Godfather Part III is the final installment in the American crime trilogy The Godfather, directed by Francis Ford Coppola. The film was scored by Carmine Coppola and Nino Rota, who also composed the music for the first two films of The Godfather trilogy. The score includes the track "Promise Me You'll Remember" which features vocals by Harry Connick Jr. And received a nomination for both an Academy Award and a Golden Globe.