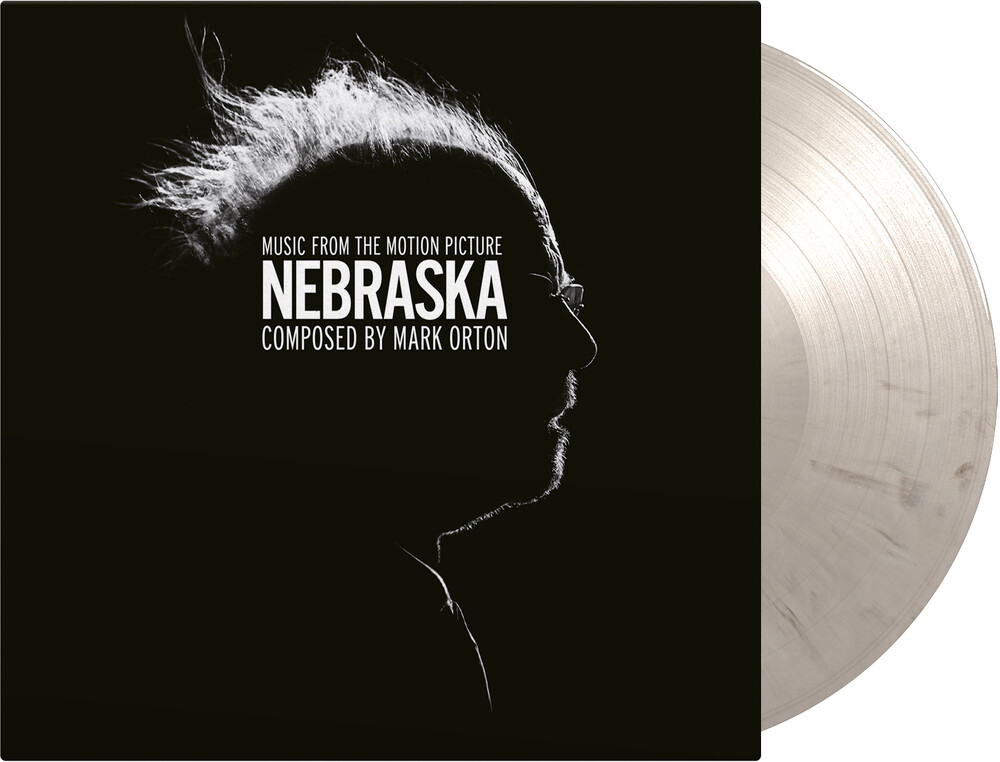 Nebraska is a 2013 American comedy-drama road film directed by Alexander Payne, written by Bob Nelson and starring Bruce Dern, Will Forte, June Squibb and Bob Odenkirk. Shot in blackand-white, the story follows an elderly Montana resident and his son as they try to claim a million-dollar sweepstakes prize on a long trip to Nebraska. The film was nominated for the Palme d'Or (Grand Prize) at the 2013 Cannes Film Festival, where Dern won the award for Best Actor. In addition, Nebraska was nominated for six Oscars and became a commercial success. The film score was composed by Mark Orton, who is part of the acoustic chamber music group Tin Hat (formerly the Tin Hat Trio). For parts of this soundtrack, Orton is joined by other members of Tin Hat, which was the first time they reunited since 2005. They're known to combine many genres of music, including jazz, southern blues, bluegrass, neoclassical, avant-garde and eastern European folk.Celebrating it's 10th anniversary, Nebraska is available on vinyl for the first time. The soundtrack is available as a 10th anniversary edition of 500 individually numbered copies on black & white marbled vinyl and includes an insert with movie stills and liner notes by director Alexander Payne.