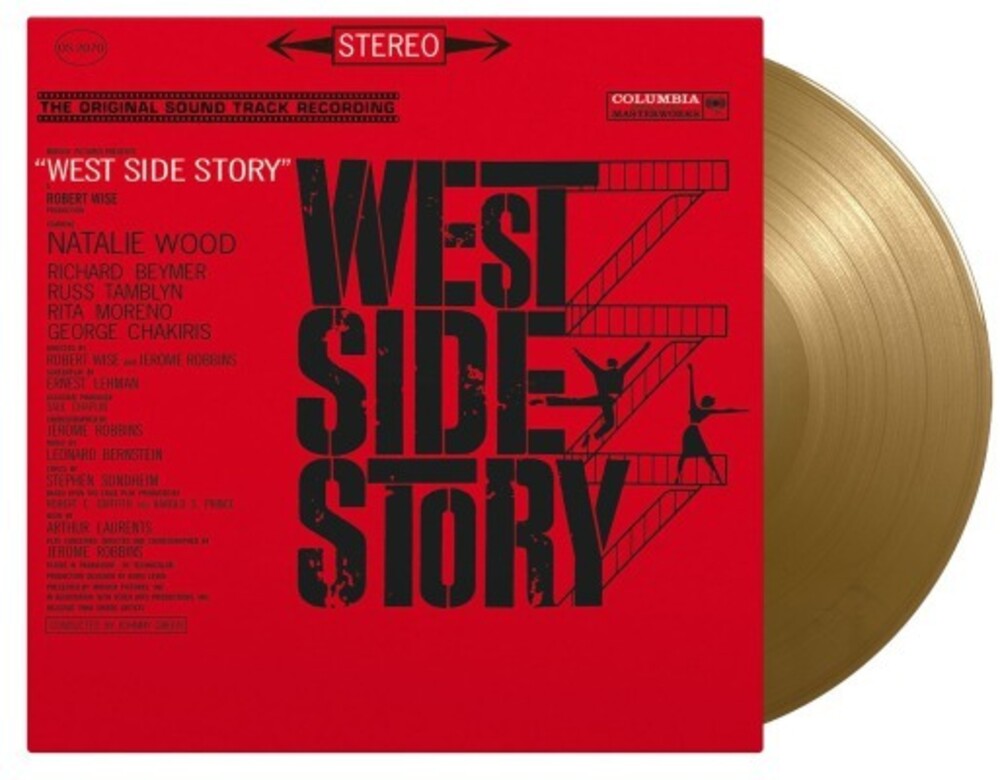 Limited edition of 1000 individually numbered copies on gold coloured 180-gram audiphile vinyl. West Side Story is the soundtrack to the 1961 film by the same name. All music is composed by Leonard Bernstein and lyrics written by Stephen Sondheim. When released, the soundtrack spent 54 weeks at No. 1 on Billboard's album charts, giving it the longest run at No. 1 of any album in history. Perhaps Michael Jackson's Thriller comes close, on the grounds that West Side Story was listed on a chart for stereo albums only at a time when many albums were recorded in mono.