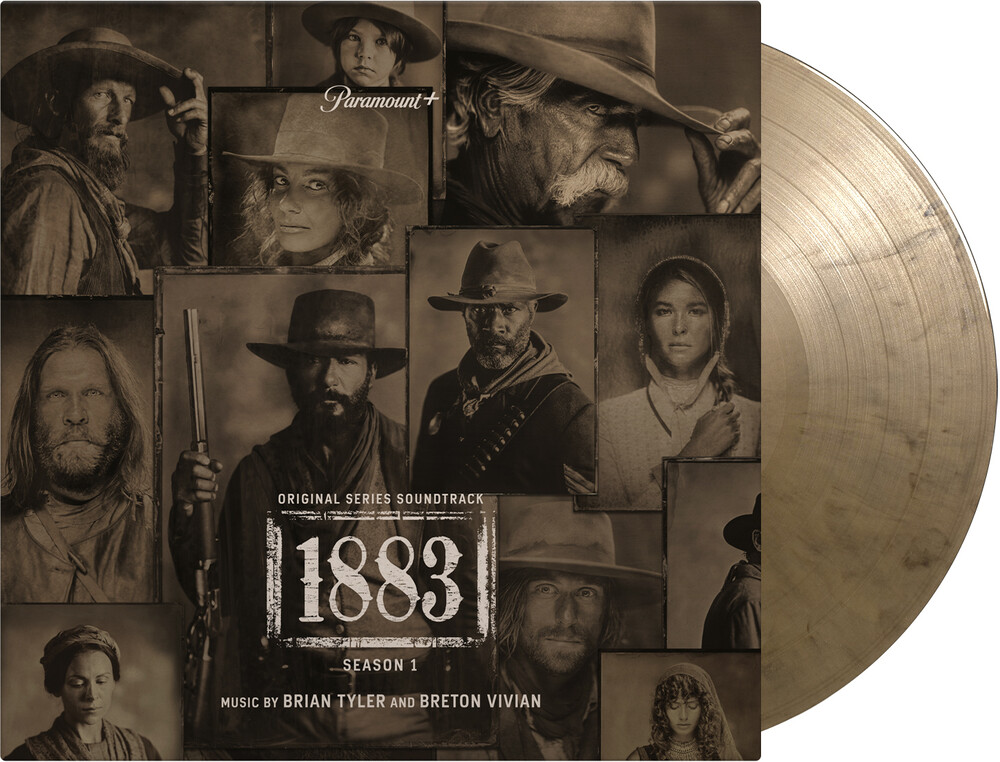 1883 is an American western drama limited series created by Academy Award nominee Taylor Sheridan. The series is a prequel to Yellowstone, a 2018 TV series also created by Sheridan. 1883 follows the story of the Dutton family as they embark on a journey west through the Great Plains toward the last bastion of untamed America and how they ended up owning the land that would become the Yellowstone Ranch. The series stars Sam Elliot, Tim McGraw, Faith Hill and Isabel May amongst others. It's score was composed by Brian Tyler and Beton Vivian, both of whom worked on Yellowstone. During his 24-year spanning career, Tyler has scored Transformers: Prime, The Expandables Trilogy, Iron Man 3 and Avengers: Age Of Ultron. In 2014, he won the IFMCA Award for Composer of the Year. Tyler and Vivian previously worked together on the series Crazy Rich Asians. 1883 is available as a limited edition of 500 individually numbered copies on gold & black marbled vinyl and includes an insert.