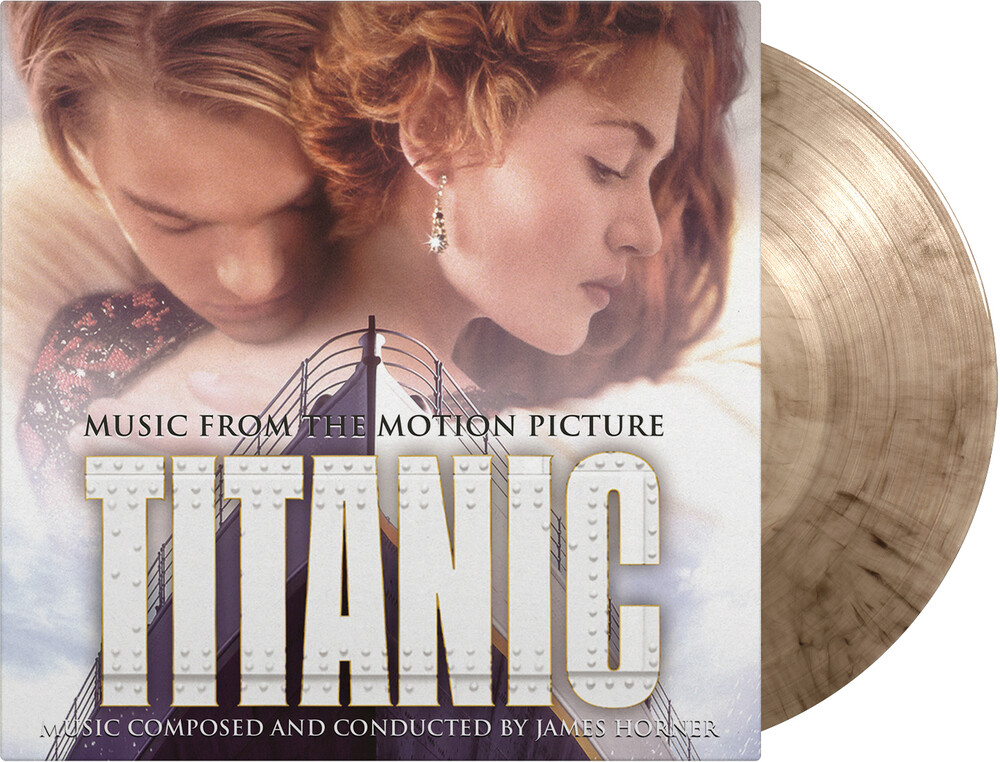 Titanic is the 1997 epic romance-disaster film directed, written, coproduced, and co-edited by James Cameron. The movie stars Leonardo DiCaprio and Kate Winslet as members of different social classes who fall in love aboard the ship during it's fateful maiden voyage.Upon it's release on December 19, 1997, Titanic achieved critical and commercial success. Nominated for fourteen Academy Awards, it tied with All About Eve (1950) for the most Oscar nominations and won eleven, including the awards for Best Picture and Best Director, tying Ben Hur (1959) for the most Oscars won by a single film. With an initial worldwide gross of over $1.84 billion, Titanic was the first film to reach the billion-dollar mark.Titanic is available as a 25th anniversary edition of 7500 individually numbered copies on smoke colored vinyl and includes an 8-page booklet, XL fold-out poster and a print replica of the historical newspaper frontpage. The 2LP-set is housed in a deluxe heavyweight gatefold sleeve with alu-brush finish and metallic embossing.