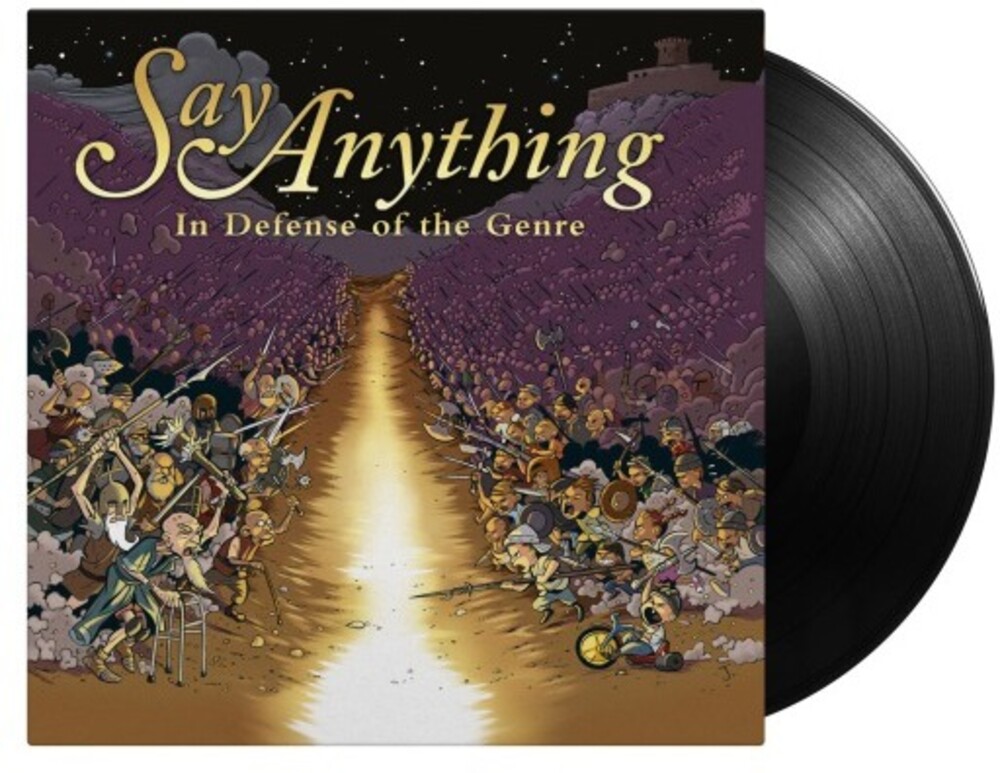 Numbered edition on 180-gram audiophile black vinyl in a gatefold sleeve including 4-page booklet & cover art by Jeff Smith, creator of the multiple award-winning comic series "Bone." In 2000, Max Bernis formed the American rock band Say Anything together with some friends. Up until 2018, when the band went on a hiatus, they released eight studio albums. In 2007 they released their third studio album In Defense of the Genre. Bernis mentioned on the album that "musically, it's different, more mature and somewhat more cohesive and poppy, but darker in a whole different way". The album features 23 individual guest appearances, including Gerard Way (My Chemical Romance), Pete Yorn, Anna Waronker (That Dog), Adam Lazzara (Talking Back Sunday), Aaron Gillespie (Underoath, The Almost), Matt Skiba (Blink-182, Alkaline Trio) and Haylay Williams (Paramore) amongst others.