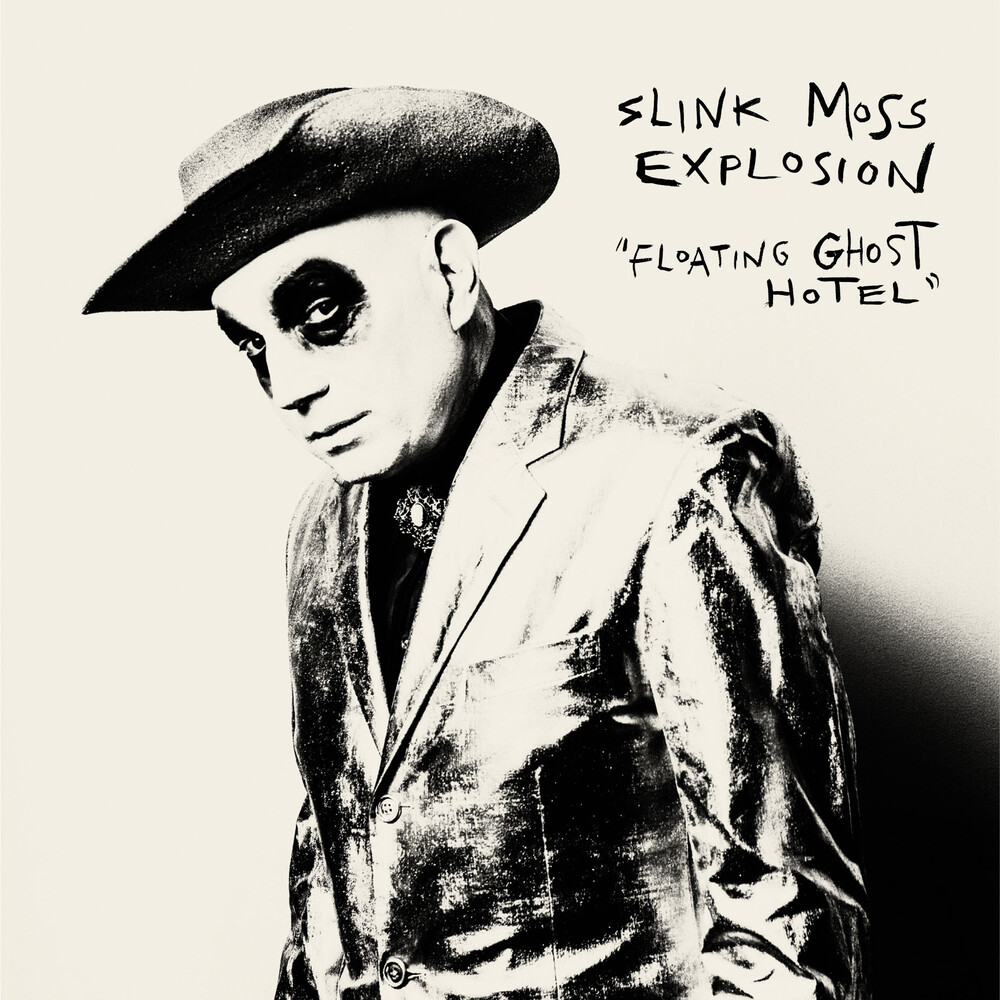 Conjuring the dynamic energy of 80s neo-rockabilly bands like The Shakin' Pyramids, The Rockats, and The Stray Cats, the occult macabre of Screamin' Jay Hawkins, the avant-garde of early New Wave, and the outsider punk ethos of The Violent Femmes, Slink Moss Explosion's spectral sounds will bring you a little closer to the otherworld. The origins of these neo-rockabilly mavericks can be traced to some 30-odd years ago in Hyde Park on Chicago's Southside, when two young musicians took their rough-hewn love of underground rockabilly and polished it into a mystical diamond. Founded by Slink Moss (aka "Mr. Moss") and veteran producer and musician Jimmy Sutton (aka "Mr. Bones") of the JD McPherson Band, this sideband has grown into a venerable supergroup with the addition of ace guitarist Joel Paterson ("Mr. X") and special guests Scott Ligon of NRBQ ("Von Tork") and Alex Hall ("Mr. A"). Many years in the making, their new full-length record 'Floating Ghost Hotel' includes freshly re-mastered favorites like the upbeat rockers "Honey Bee Bop" (which appears in the feature film 'Waitress') and "Pass It Around" as well as a handful of never-before-released songs recorded by Alex Hall at Sutton's celebrated all-analog studio, Hi-Style Studios. But you'd be remiss to expect an easily classifiable record of straightforward rockabilly; the album's twelve tracks include haunting ballads, blues boogies, and even a dash of post-punk and supernatural poetry. With 'Floating Ghost Hotel', Slink Moss Explosion has emerged from the shadows of legend and myth to divine with the rock 'n roll gods and explode us into the future, one curious hip-shaker and spine-tingling howl at a time.