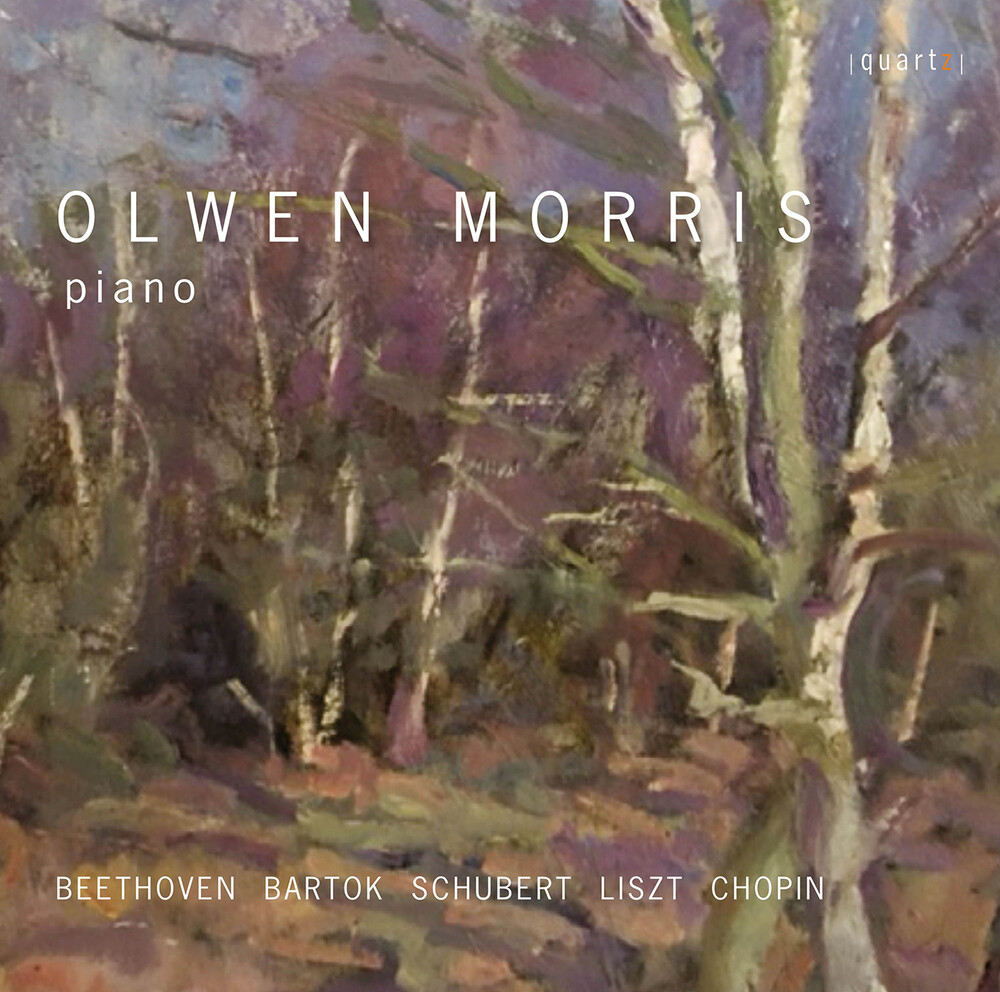 This is the second recording for Quartz from Olwen Morris, offering a cross section of works from the Classical period through the early Contemporary. Olwen Morris grew up in war-time rural Wales, where she was first taught by Josef Gruenbaum, a musician and lawyer from Stuttgart, who with his family had fled Nazi Germany. Olwen made extraordinary progress, and enrolled at 14 as the youngest student at Cardiff College of Music, (later becoming the Royal Welsh College of Music and Drama). She soon made her first early live broadcasts, including a concerto with the BBC Welsh Orchestra, and debut concerts in Cardiff's City Hall and Reardon Smith Theatre. Teaching, directing church music, organ improvisation and chamber music have all played parts throughout a lifetime in music, but solo playing continues to remain the vital center of it all. Her performances of the Viennese classics are remarkable for their insight and depth, and her playing of French music for sensitivity to sensual sound, also reflecting her long close association with northern France, where her artist husband, David Morris painted.