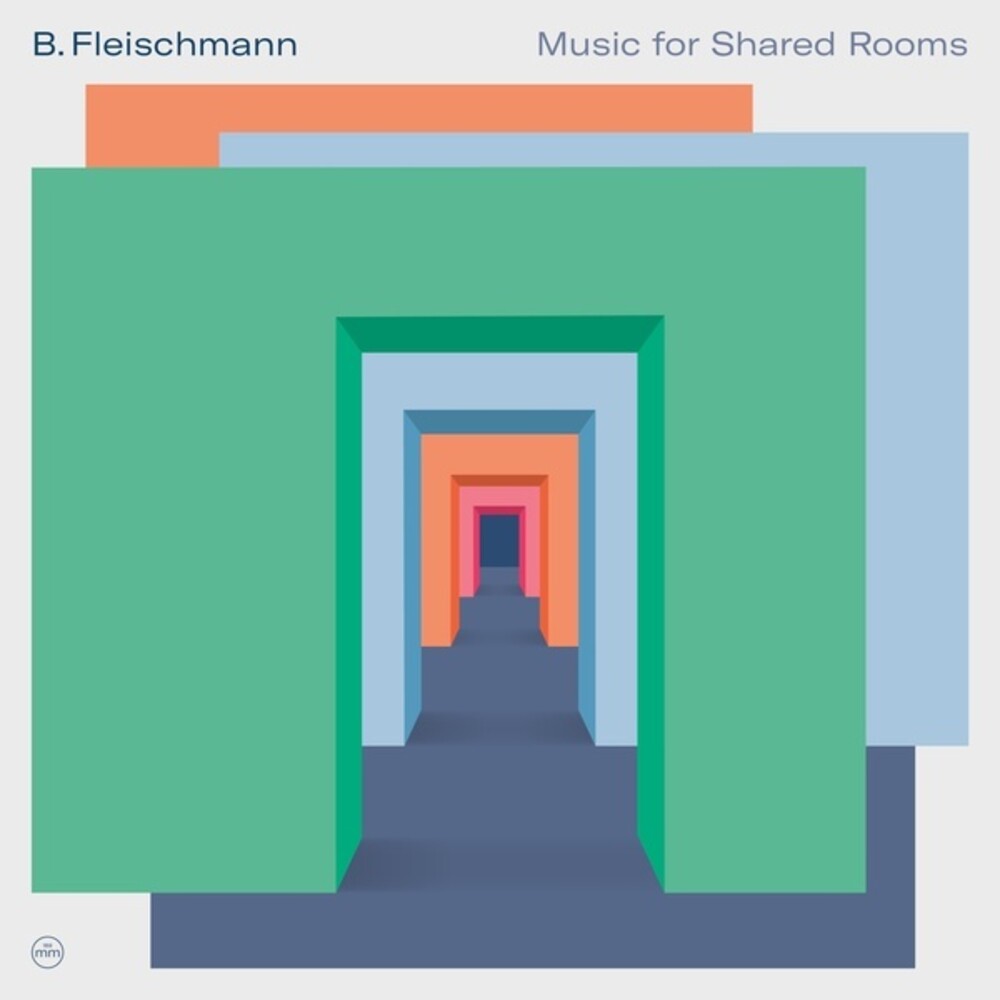 Double vinyl LP pressing. B. Fleischmann's eleventh album was prepped from around 600 tracks made for theater and films over the last few years. A modern take on the library music concept, it's a selection of mood music that meanders from Tortoise-esque jazzy post rock and quirky trip-hop to jerky IDM and epic orchestral ambience. There's a lot of ground covered on "Music for Shared Rooms". In just the first few tracks, Morr Music veteran Fleischmann (he made the label's very first release) makes his concept clear, and while there's a commonality in the production method, the music sounds closer to a mixtape than a regular artist set. Opener 'Träumerei' is a relatively peaceful cut, a soundscape of prepared piano sounds and guitar plucks, but 'Brenne' immediately pushes us into hybrid mode as Fleischmann glues wonky synth squeaks over organ blasts and high-BPM electro-glitch perc patterns. Then there's 'Taxi Driver', that sounds like Primal Scream's trip-hop/big-beat/dub-inspired "Vanishing Point", and 'Sehnsucht', that's more like the soundtrack to a Netflix-sponsored episodic Scandi noir. 'Entwurf einer Ballade' meanwhile is closer to Lemon Jelly, with a chipper boom bap beat, vinyl crackle, and whimsical samples that make "The Magic Roundabout" sound like "Saw". The most successful moments come when Fleischmann goes off piste a little: 'Schock' is a self-consciously dark soundtrack-indebted stomp, and 'Take the Red Pill' is the German producer's attempt at skeletal deep house, splicing moody organs and acidic squelches into a neatly squashed 4/4 template. It's a hyperactive set, but "Music for Shared Rooms" hangs together admirably given it's context.