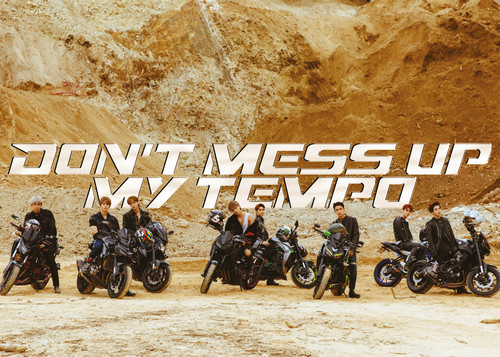 The 5th full length studio album, 'DON't MESS UP MY TEMPO' is a 11-track multi-genre compilation with a rhythmical, powerful and energetic dance song, 'Tempo,' as the title (single) track. Each one of the eleven tracks showcases a members superpower ability to reveal an ever more diverse and fresh side of Exo's musical sound. The British producing duo, LDN NOISE, who previously produced major hits such as "Monster,' 'Lotto,' and 'Power' for Exo, contributed once more to this album along with world-class producing team The Underdogs, American production team MARZ Music, hit maker Kenzie, and rising Billboard star Bazzi along with many other talented lyricists and songwriters. Exo member CHANYEOL also contributed to the completion of the album by participating in lyric and song writing.