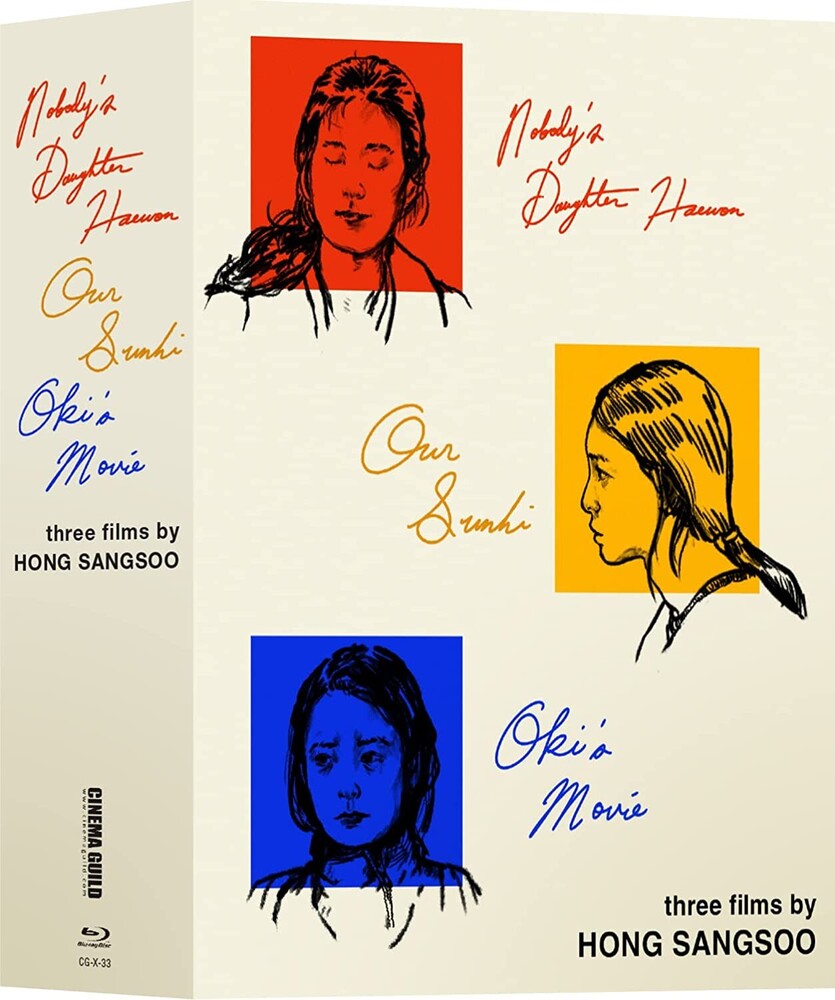 One of Hong's most structurally audacious films, Oki's Movie comprises four short films arranged in an almost nesting doll formation. As each section reveals itself, impressions of a love triangle emerge as talented young director Jingu and his teacher, Professor Song, vie for the affection of ever-earnest film student Oki. Oki's Movie beguiles as it befuddles and, in its moving final section, inaugurates Hong's interest in female subjectivity.

An almost-romantic roundelay of comic attempts at understanding ensues when recent film school graduate Sunhi (Jung Yumi) returns to her university to ask her professor (Kim Sangjoong) for a reference letter to study abroad. Back on campus, she runs into an ex-boyfriend (Lee Sunkyun) and a film director (Jung Jaeyoung) who also graduated from the school. Each of the three men offer their advice on life and attempt to lay out the qualities that define her. As their pronouncements proliferate and the desired letter fails to materialize, Sunhi is left to wonder: who am I really?

With her mother about to depart for a new life in Canada, college student Haewon (Jung Eunchae) is in quite a state. She seeks out Director Lee (Lee Sunkyun), her film professor whom she still sees, even though their relationship officially ended more than a year ago. As she considers a new future with him, Haewon drifts in and out of dreams and has a series of encounters: with a professor who teaches in America and knows Martin Scorsese, with a friend locked in a long-term relationship with a married man, with a famous French actress. She tries to find a path forward, but echoes of her recent past are all around her. She wants a drink. She needs to tell someone. She has to live her life.