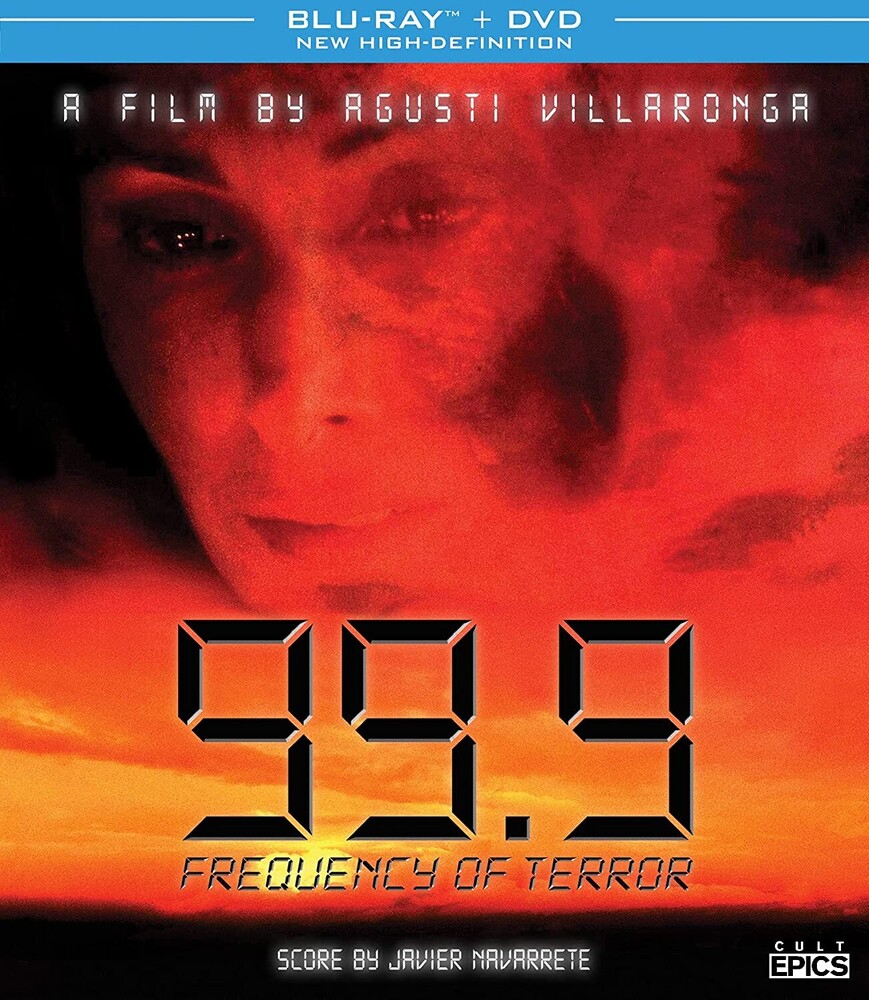 In this chilling horror film, Lara (Mario Barranco) is the host of a "psychic phenomena" radio show, whose ex-lover has been found dead in a small Spanish village. When she travels to the location, she discovers that he had been performing experiments to connect with tormented spirits, trapped between worlds. Upon arrival at the abandoned building where he conducted the experiments, she finds something she never expected. 99.9 is the third feature film directed by Agustí Villaronga (IN A GLASS CAGE, MOON CHILD) that was made during the 90s wave of Spanish supernatural thrillers - with camerawork by Javier Aguirresarobe (TWILIGHT, THE OTHERS) and music by Javier Navarrete (PAN'S LABYRINTH, THE DEVIL'S BACKBONE). Cult Epics presents 99.9 in a brand-new 2K transfer with new bonus features that include recent and vintage interviews with Agustí Villaronga and the cast (for the first time with English subtitles), plus an isolated score of the unreleased soundtrack by Javier Navarrete.