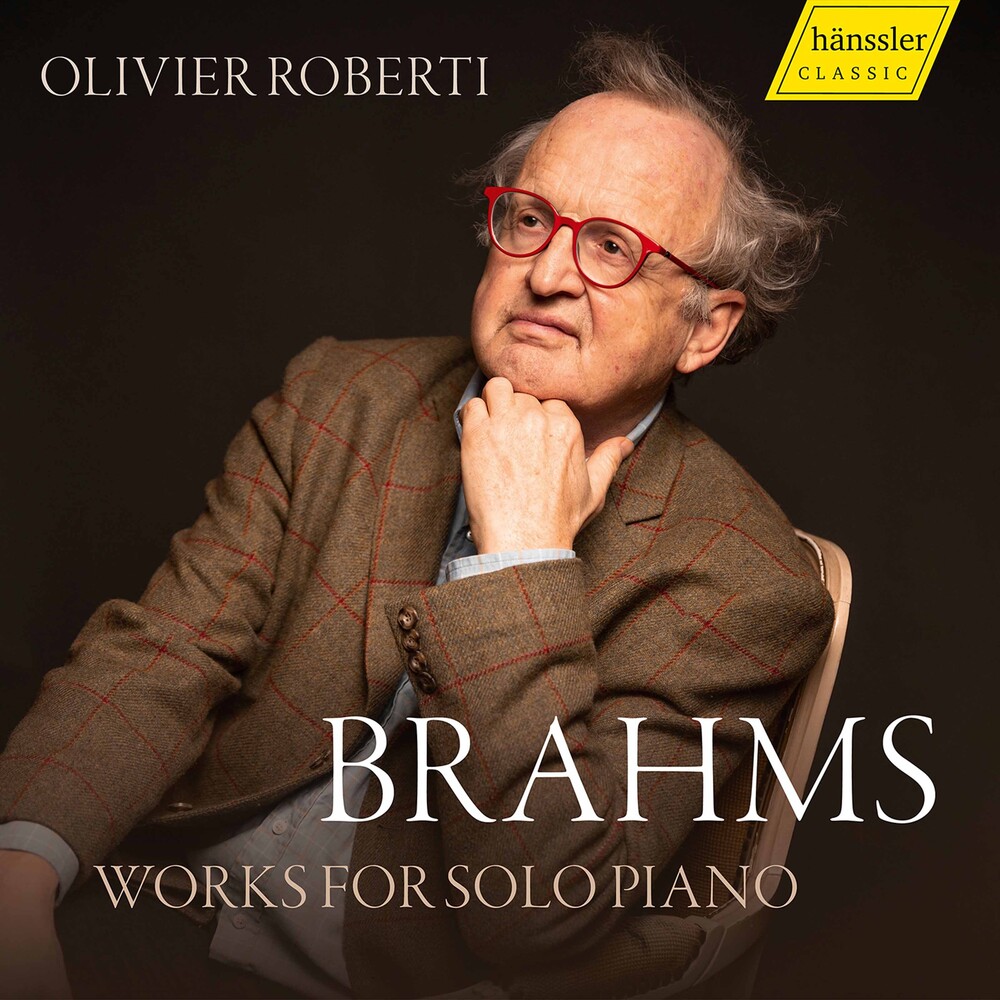 On this release, Olivier Roberti performs a program of works by Brahms. Of Belgian nationality, Olivier Roberti studied at the Royal Academy of Brussels, then at the Conservatoire of Geneva in the class of Louis Hiltbrand, where in 1975 he obtained a First Prize of Virtuosity. He continued his studies in Switzerland with Edouard Vercelli, then in Italy with Carlo Zecchi and in the United States at the Peabody Institute of Baltimore in the class of Leon Fleisher. He regularly receives advice from Ruth Nye in London. He has performed with the Orchestre de la Suisse Romande, the Lausanne Chamber Orchestra, the Symphonic Orchestra of Nancy, the Czech National Orchestra, the RAI orchestra in Turin, the English Chamber Orchestra etc. He has recorded two CDs of concerti by Haydn with the English Chamber Orchestra, under the direction of Kurt Redel, as well as concerti by Mendelssohn with the Czech National Orchestra. He has just recorded works for piano by Johannes Brahms for Haenssler Classic. He gives chamber music concerts and recitals in the United States: in Baltimore and New Mexico; in Switzerland, in Belgium, in Italy, in Austria, in Salzburg, in Prague, in London, in Germany, in Spain, in Cairo. In France, he plays in Orléans, in Paris at TMP Châtelet, at the "Auditorium des Halles", the Musée d'Orsay and at the Salle Cortot. He also takes part in the Pablo Casals Festival. From 2004 to 2012, he was Artistic Director of the International Music Academy, Switzerland (IMAS) founded and directed by Seiji Ozawa. Since 1991, he has been the Founder and Director of the International Musical Encounters of Enghien.