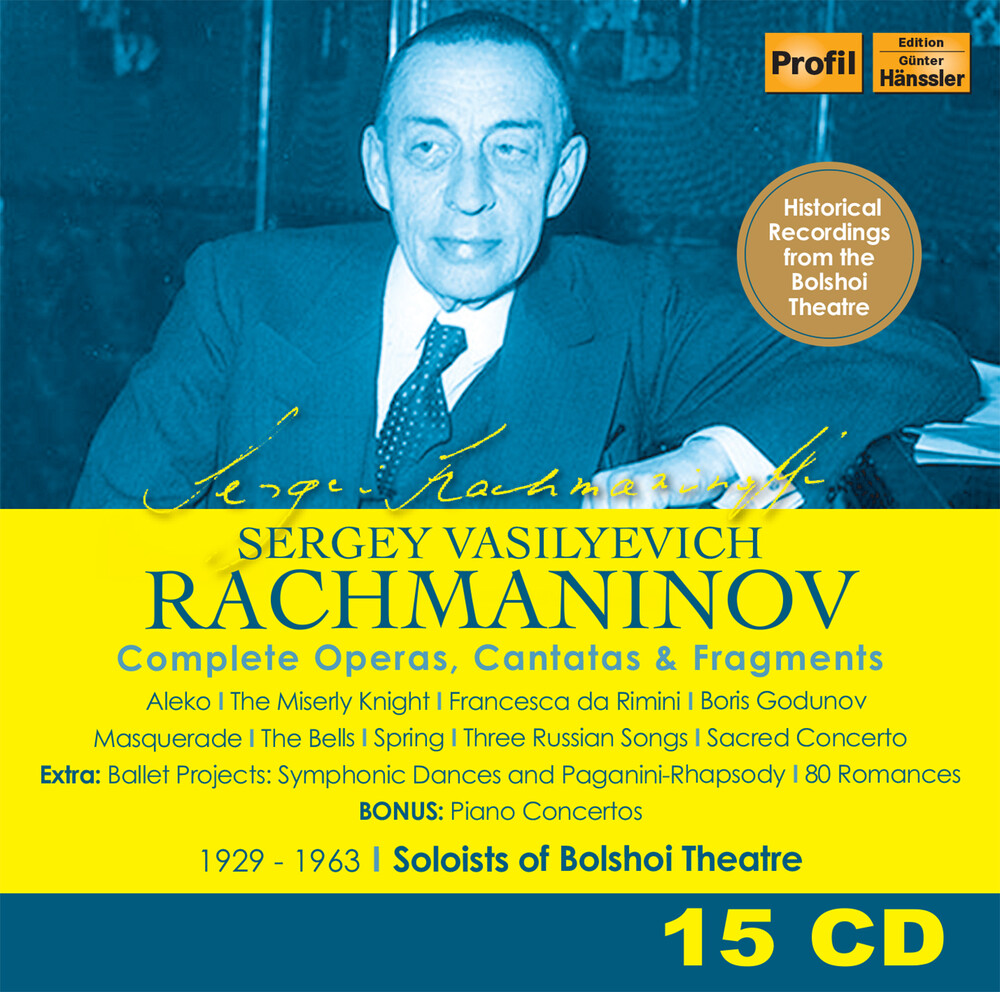 Sergei Vasilyevich Rachmaninov was born on 20 March 1873 Old Style (1 April New Style) at the Semyonovo estate in the Novgorod district. As is common when transcribing Slavic names from Cyrillic, the spelling of his name varies and is also written, for example, as Rachmaninov. He himself transcribed his name as Rachmaninov, which is why it is written this way in the following. Today in this country he is known most of all as a great pianist and composer of piano works. His piano concertos, especially the second, and his Paganini Variations are among the most popular works in their respective genres. Orchestral works, too, such as the Second Symphony, the symphonic poem Isle of the Dead or the Symphonic Dances are still frequently heard in concerts and on recordings. Less well known is that Rachmaninov also composed operas, songs and sacred vocal works, even if some specialists are well aware of this. Although the Opernführer (opera guide) by Attila Csampai and Dietmar Holland (new edition 2006) only listed him in the appendix with three completed operas, Aleko, Francesca da Rimini and The Miserly Knight, at least this is something. Reclam's multi-volume Lexikon der Opernwelt (1998) devotes all of seven lines to Aleko, about three to Francesca, and not one line to The Miserly Knight. The Harenberg Opera Guide (2000) has one page devoted to the composer and Francesca respectively. Popularity looks quite different from this. Perhaps the Russian language was an obstacle to gaining a wider audience, but at least Rachmaninoff is no longer ignored as an opera composer.