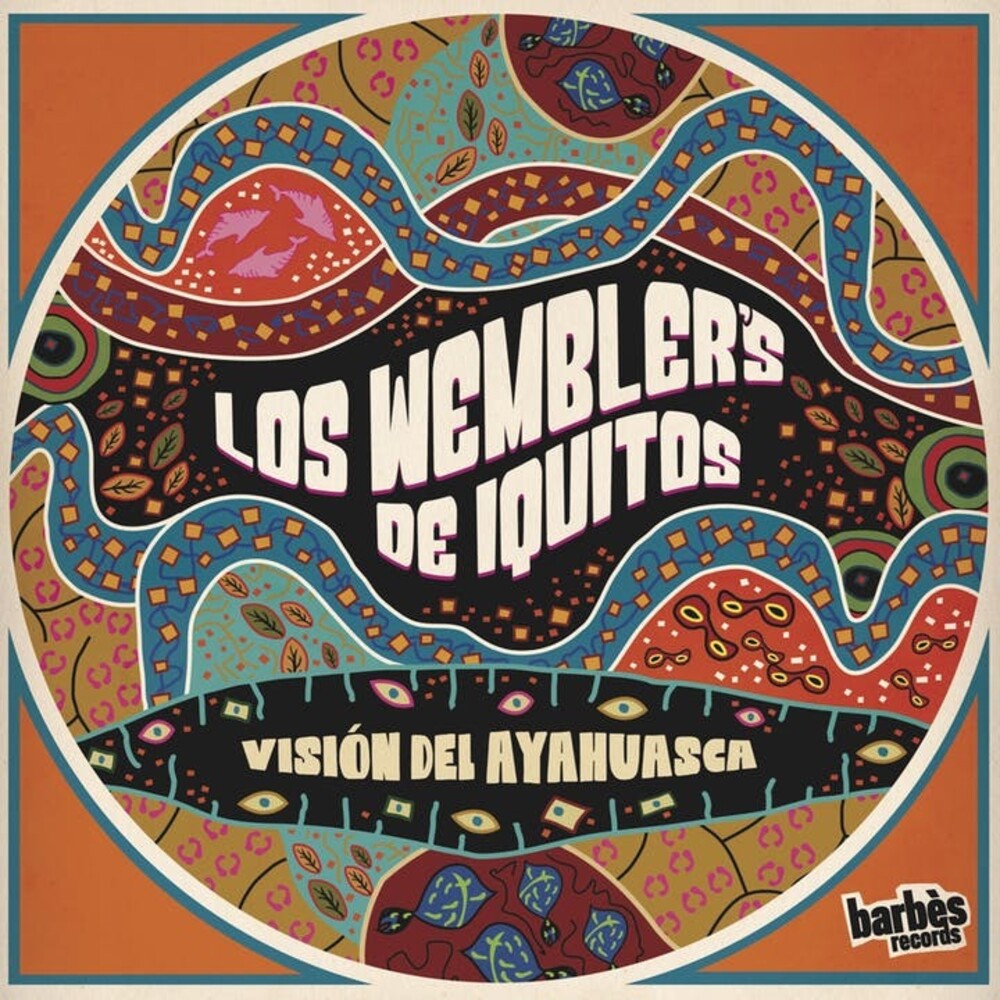 Vision del Ayahuasca is an album of all new material from Los Wembler's de Iquitos, celebrating the psychedelic cumbia pioneers' fifty year anniversary. Active since the late sixties, the legendary cumbia pioneers wrote and recorded the classics "Sonido Amazonico" and "La danza del Petrolero", tracks anthologized on the Roots of Chicha compilations. In 1985, their style had became unfashionable, but strong bond of the five Sanchez brothers ensured that they never drifted apart as a band. Fast forward twenty five years after the Fujimori years, young Peruvians in search of their past started to reconnect with national popular culture, and Cumbia Amazonica came to be seen as a sort of missing link between Latin roots and rock. Los Wembler's came to be re-discovered, and in 2011 they performed in Lima for the first time in twenty five years. A new generation of Tropical Electronic musicians started looking up to them for inspiration, and in 2015, the Smithsonian invited Los Wembler's to perform at their prestigious Folklife festival in Washington DC. Los Wembler's haven't lost any of their creative edge, accomplished musicians in tune with their environment and infinitely curious about the world, to watch them perform or record is to witness musicians at the height of their powers.