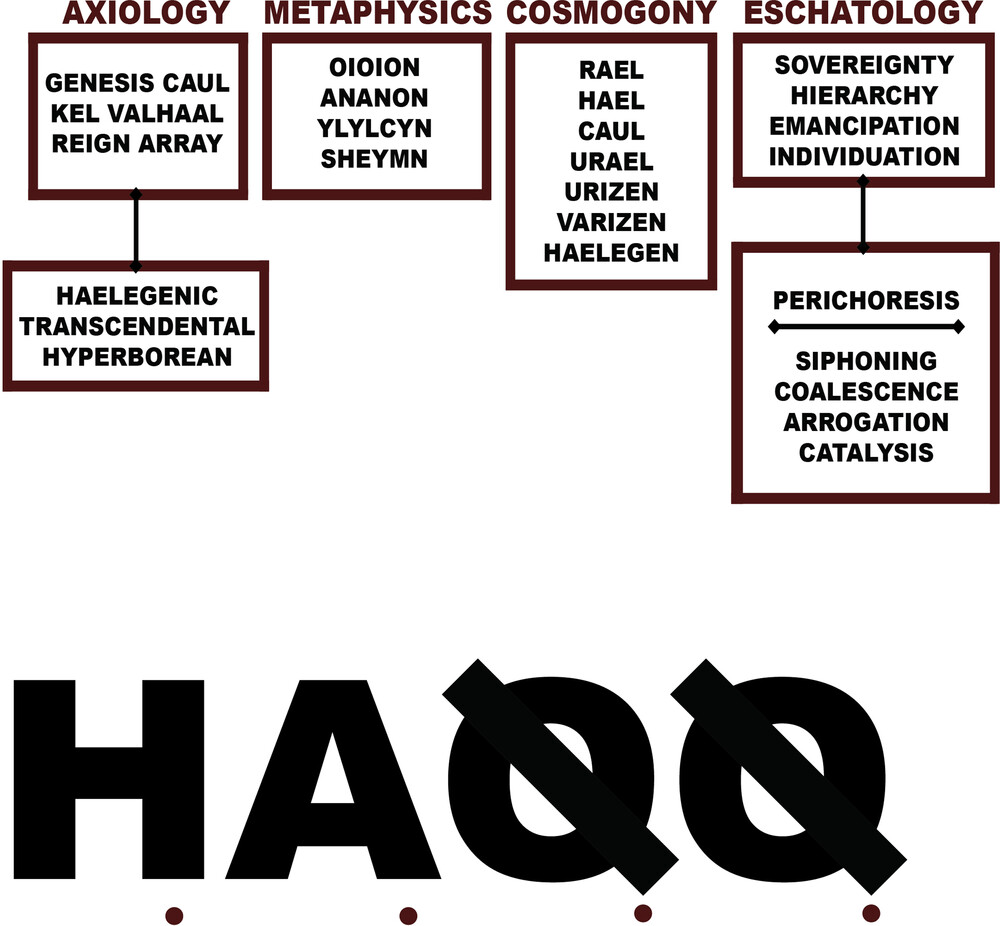 H.A.Q.Q. is the fourth studio album by transcendental black metal band Liturgy. Featuring their characteristic yearning guitar harmonies, epic song structures, and intense drumming, H.A.Q.Q. boils over with harp, piano, gagaku ensemble, pitched percussion, strings, and digital manipulation. It represents a consolidation of the band's sound to date, a combination of the mathematical complexity of 2011's Aesthethica and the glitchy experimental fervor of 2015's The Ark Work. While ecstatically invoking heaven, H.A.Q.Q. is also Liturgy's most vulnerable record for Hunter Hunt-Hendrix, addressing anger and struggles around mental health, sexuality, and religion. In part a reflection on Liturgy's uniquely controversial career, it attempts to render the spirit of a cultural era whose basic fabric is unravelling, and to generate an energy of prophecy and love in the name of what is to come.