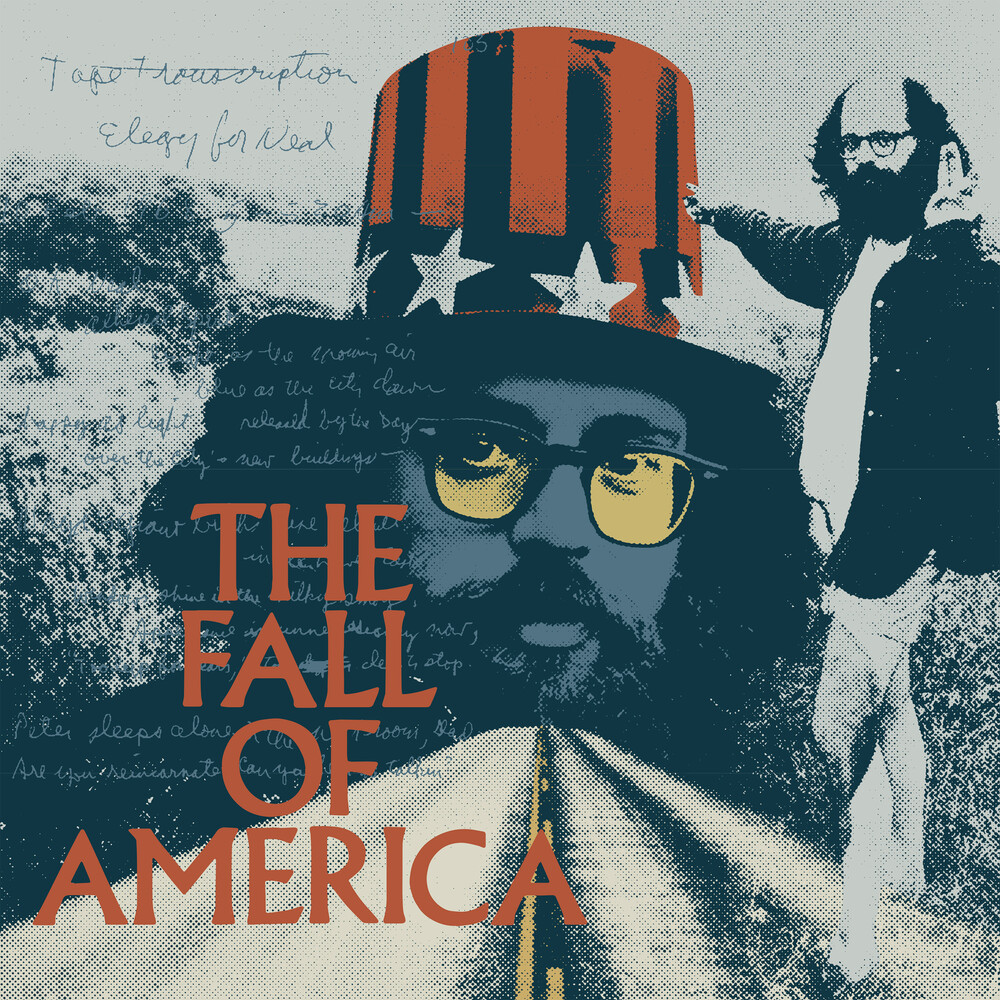 Various artists musically interpret poems from "The Fall of America: Poems of these States 1965-1971" on this 50th Anniversary Tribute to Allen Ginsberg's The Fall of America. Featuring Yo La Tengo, Shintaro Sakamoto, Angelique Kidjo, Thurston Moore, Lee Ranaldo, Devendra Banhart, Bill Frisell, Andrew Bird and more. "In 1965, Bob Dylan gifted Allen Ginsberg with a Uher, reel-to-reel tape recorder, which Ginsberg was to use to record his thoughts and observations as he traveled throughout the United States. Ginsberg, already heavily influenced by Jack Kerouac's methods of spontaneous composition, felt the taping was an ideal way to pursue his own spontaneous work. He began planning a volume of poems, a literary documentary examining contemporary America, not unlike what Kerouac had done in On the Road, or what Robert Frank had accomplished in his photographs in The Americans. He would add one important element: the violence, destruction, and inhumanity of the escalating war in Vietnam-an edgy contrast to what he was witnessing in his travels, particularly his country's natural beauty. The public's polarized dialogue over Vietnam and, earlier in the decade, the civil rights movement, convinced Ginsberg that America was teetering on the precipice of a fall.""The Fall of America would have to conclude before the war ended. The protests, once so effective in drawing attention to the growing number of dissidents against the fighting in Vietnam, were being met with brute force, and the peace talks were going nowhere. Ginsberg already had more than enough new poetry to fill a substantial volume of new work, and he would conclude it at the end of 1971. When Allen Ginsberg won the 1974 National Book Award for The Fall of America, the largest volume of poems he would ever publish (aside from his Collected Poems and Selected Poems), he gained a measure of formal acceptance long denied him by the literati. The Fall of America was nothing less than a staggering magnum opus, Ginsberg's autobiographical journey through the United States as the country experienced one of the most turbulent periods in it's history." - Michael Schumacher, from introduction to The Fall of America Journals 1965-1971. CD features 7 tracks not available on Vinyl.