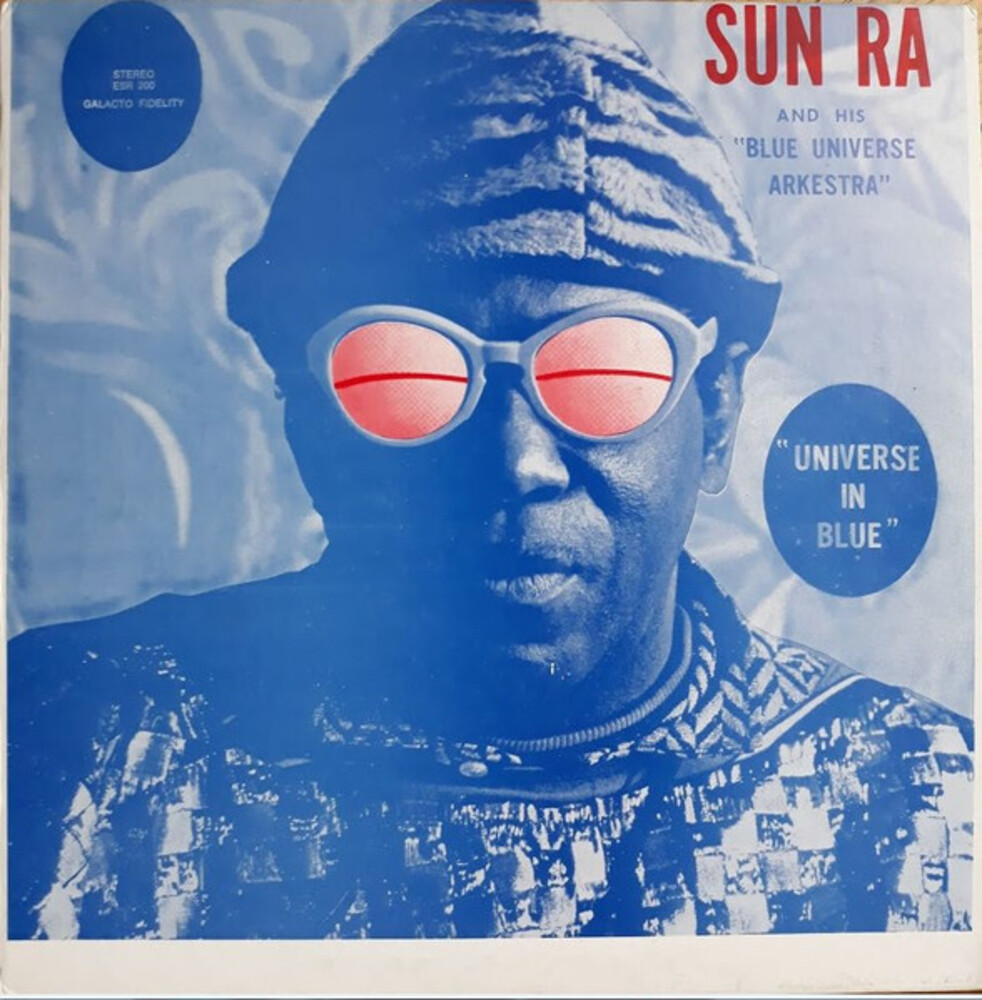 Vinyl LP pressing. Universe in Blue is a rarity. This collection of undated live club performances was issued in small-run pressings with two different LP covers on Sun Ra's Saturn label around 1972, but has largely escaped further notice. The performances originated in the early 1970s at the rowdy Lower East Side jazz mecca Slug's Saloon, located at 242 East 3rd Street. Starting in 1966 (or possibly as late as 1968), Sunny and his band performed at Slug's almost every Monday night for several years, and took the stage sporadically for several years thereafter. They typically started around 9:00 pm and played without a break until 4:00 am. The personnel fluctuated, depending on who showed up, who was hanging around and could handle an instrument, and the bandleader's divinations. These legendary evenings were raw, unpredictable, calamitous, and not without artistic controversy. They brought Sun Ra to the greater attention of the New York press and helped cement his reputation for audacious showmanship.