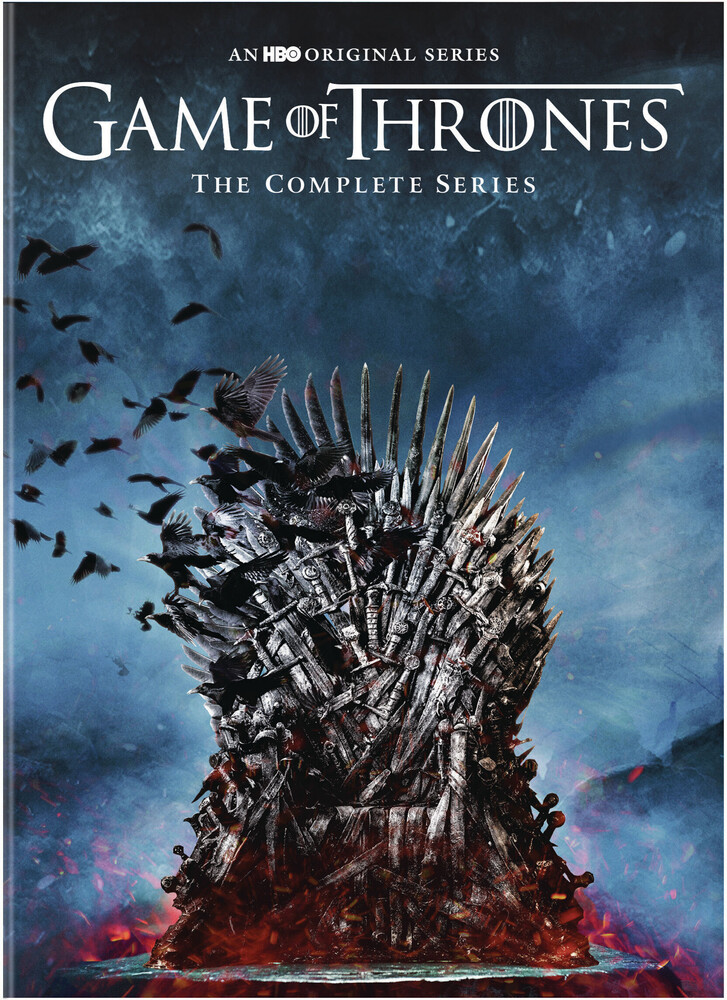 Based on George R.R. Martin's "A Song of Fire and Ice" fantasy novels, this Emmy-winning HBO series follows the machinations of seven noble families vying for the Iron Throne, and with it control of the fictitious continent of Westeros. As old rivalries resurface and new alliances are forged, a growing danger from the wintry northern lands threatens to overwhelm all. Mark Addy, Sean Bean, Amelia Clarke, Peter Dinklage, Lena Headey, and Maisie Williams head the ensemble cast.73 episodes on 34 discs. 63 hrs. Widescreen; Soundtrack: English.