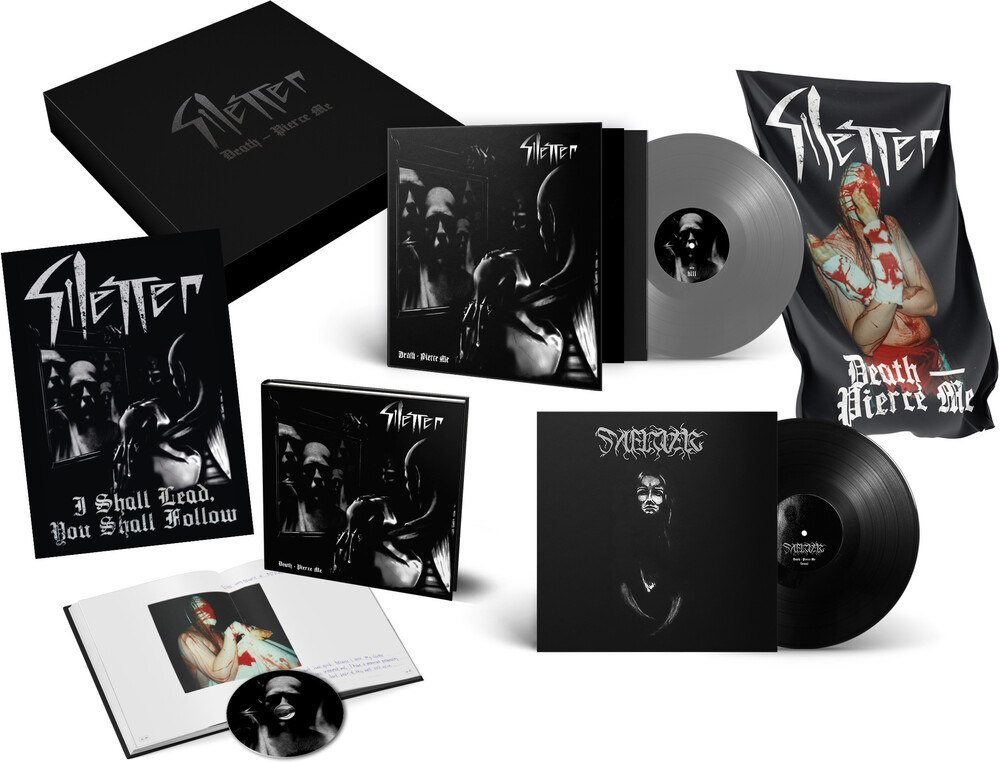 "Death, Pierce Me" from 2001 is the only album of mysterious Depressive/Suicidal Black Metal project Silencer from Sweden. Since it's release, this unparalleled work has stunned extreme music lovers all over the planet and quickly became a genre milestone. Now, 20 years after it's original release, Lupus Lounge honours "Death, Pierce Me" with a couple of anniversary editions: a gatefold LP (180g, grey vinyl, 500 copies), a CD hardcover book edition (18x18cm, 48 pages) feat. unreleased photography, excerpts from Silencer letters and other handwritings as well as the 1998 demo as audio bonus, and a lush complete box set (solid cardboard box with silver hotfoil embossment), which is limited to 500 copies. The box features the CD hardcover book, the gatefold LP with exclusive silver vinyl, an exclusive 12" EP with the 1998 demo and etching on the b-side, a wall flag (100x65cm), and a back patch.