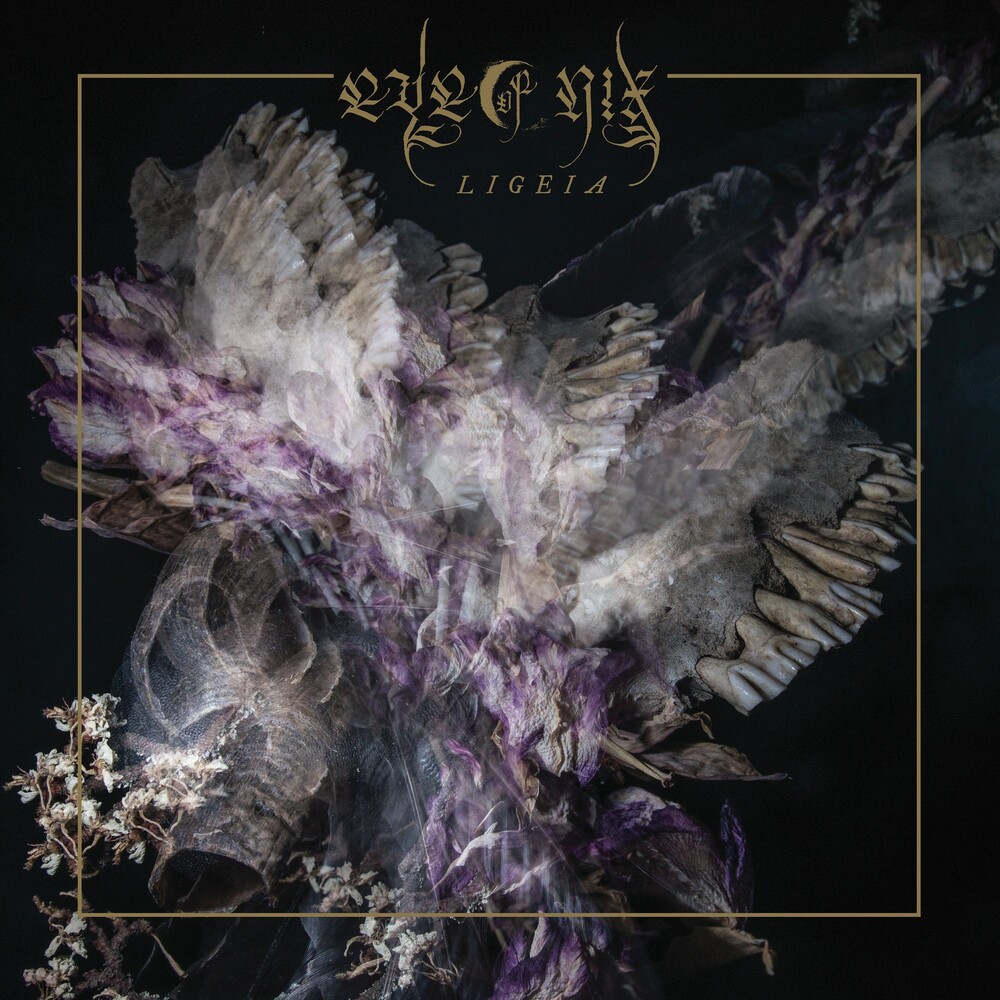 Since their formation in 2012, Seattle's Eye of Nix have established themselves as masters of juxtaposition. Across an EP and two full-lengths, flanked by steady touring, they have coalesced beauty and harshness by creating a signature sound that melds fervent doom, eruptive black metal and psychedelic rock. Throughout the sonic journey of "Ligeia," Eye of Nix ups the ante in all respects. The quintet's third album is a dark and seductive vortex swirling around an inextinguishable light, dragging listeners up and down through peaks and valleys of cacophonous noise and euphoric melody. With it's title invoking one of the sirens from Greek mythology who enticed humans to their demise, this harrowing yet thought-provoking record lures the listener through storms and calm waters to the farthest frontiers of existence. Lyrically delving into obsession, trepidation, addiction, and illusion, "Ligeia" provokes a range of emotions that are both comforting and unsettling simultaneously. For singer and guitarist Joy Von Spain, the idea that "any moment could be the last we experience as ourselves is an endless sea of inspiration." Accompanied by Michael Zech (Secrets Of The Moon, The Ruins of Beverast, Triptykon, Bölzer etc.), who engineered and produced the tracks at Sound House in Seattle with the group, "the songs became colossal yet contemplative, a complete vision." Mastered by James Plotkin (Isis, Aluk Todolo, Nadja), this contrastive piece of work is sure to stretch perceptions of time and space. "Ligeia" is available as Digipak CD, LP (black, limited purple) and Hardcover artbook featuring golden hotfoil embossment cover, significantly enhanced artwork, alongside a 6-track bonus CD of cover versions and remixes.