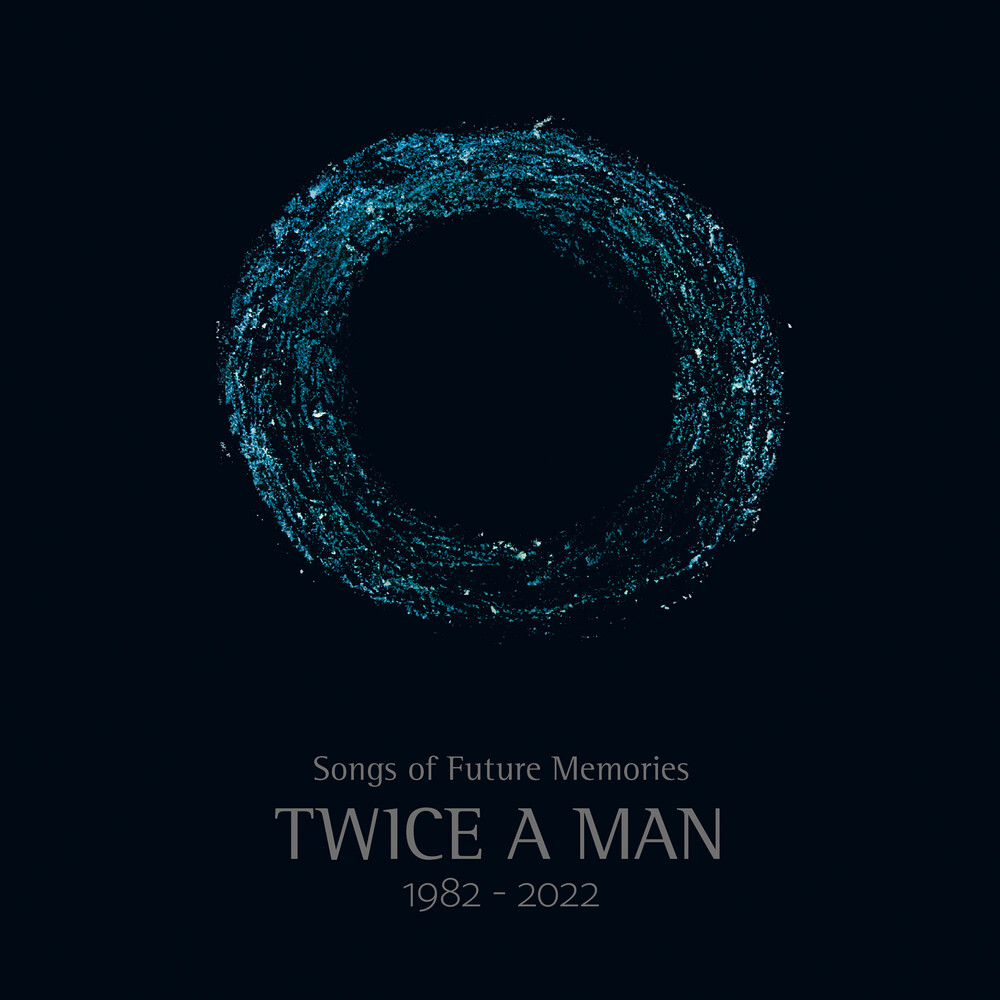 "Songs of Future Memories (1982-2022)" is the long overdue second anthology dedicated to the Swedish pioneers of electronic music, Twice a Man. On three CDs, the finest tracks from the 14 song albums have been collected and diligently remastered. The 7 instrumental works of the band's catalogue have been deliberately left out of this project, which is intended to serve as a comprehensive musical guide through the band's outstanding career spanning over 4 decades of groundbreaking works. In addition to the known material, the band has also added two new tracks. Twice a Man never took the easy way. Long before it became fashionable, the Swedes positioned themselves as early environmentalists, which became a theme running through their lyrics but is also reflected in their music, which amalgamates futuristic electronics and organic elements from the start. In their holistic approach of creating a sonic cosmos of their own, the band resembles THE LEGENDARY PINK DOTS. Musically, theirs is a different story that been lovingly described as "Ultravox on weed" also melancholic but without the saccharine pathos" or "like a sad Gary Numan, but with a warm, organic touch". There are also gentle echoes of TANGERINE DREAM, KLAUS SCHULZE, and THE HUMAN LEAGUE among many other possible references. When singer, guitarist, and keyboarder Dan Söderqvist teamed up with synth player Karl Gasleben in 1977, the duo formed COSMIC OVERDOSE as the first electronic band in Scandinavia. Although they sang in Swedish, their two albums created a buzz abroad, which led to COSMIC OVERDOSE being invited to support NEW ORDER on their first Scandinavian tour in 1981. Being impressed with the band's performance, NEW ORDER's English promoter invited them over to the UK, but he found the name COSMIC OVERDOSE to be too closely related to drugs. This led to a change of band name to Twice a Man and the first concert under the new moniker took place in London on the 14th of December 1981. In hindsight, the artistic contributions and keen interest of Twice a Man in environmental issues turns out to be quite prophetic. With our planet moving towards a catastrophe that is driven by human greed and stupidity, it seems that now is the perfect time to rediscover the pioneering work of this Swedish band. The art of Twice a Man reconciles electronic technology with the organic and natural. "Songs of Future Memories (1982-2022)" sends a beautiful and strong message to be both heard and enjoyed.