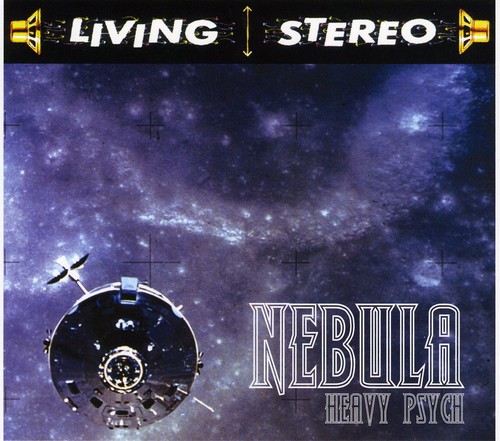 Los Angeles based trio 'Nebula', comprised of Eddie Glass (Guitar/Vocals), English geezer Tom Davies (Bass/Vocals) & Rob Oswald (Drums). It all started when Eddie & friend Neil Blender were making weird 4 track music for skate movie's like 'Alien Workshops' first video. He then went on to drum for 'Olivelawn' and later on played guitar with 'Fu Manchu', writing some of the songs and playing lead guitar on the first three albums. In 1997 Eddie decided it was time to use the whole arsenal - Guitars, Drums, Moogs, Sitars, The Jug and formed Nebula. Tom crossed the pond in the summer of 2004 to join the Nebula ranks and with the recent addition in early 2007 of Rob (Karma To Burn/Mondo Generator), Nebula are re-igniting the fires started in '97. Five albums later - one on 'Relapse', two on 'Sub Pop', a couple of EP's on 'Meteor City' and now the long gone 'Mans Ruin' and a long list of records with 'Cargo Sweet Nothing', Nebula continues it's long ties with the extreme sports community, featured regularly in soundtracks to movies, TV shows like 'Viva la Bam' and 'Monster Garage' and on video games including 'Tony Hawk's Underground 2' and NHL 2007. After appearances at the 'X-Games', Los Angeles' 'Sunset Junction' Festival and numerous tours in Europe, Australia, Japan, South America and many North American tours with the likes of Mudhoney, J Mascis & The Fog and The Hellacopters, Nebula have recently released their new E.P 'Heavy Psych' and will continue to tour as long as god & man is willing.