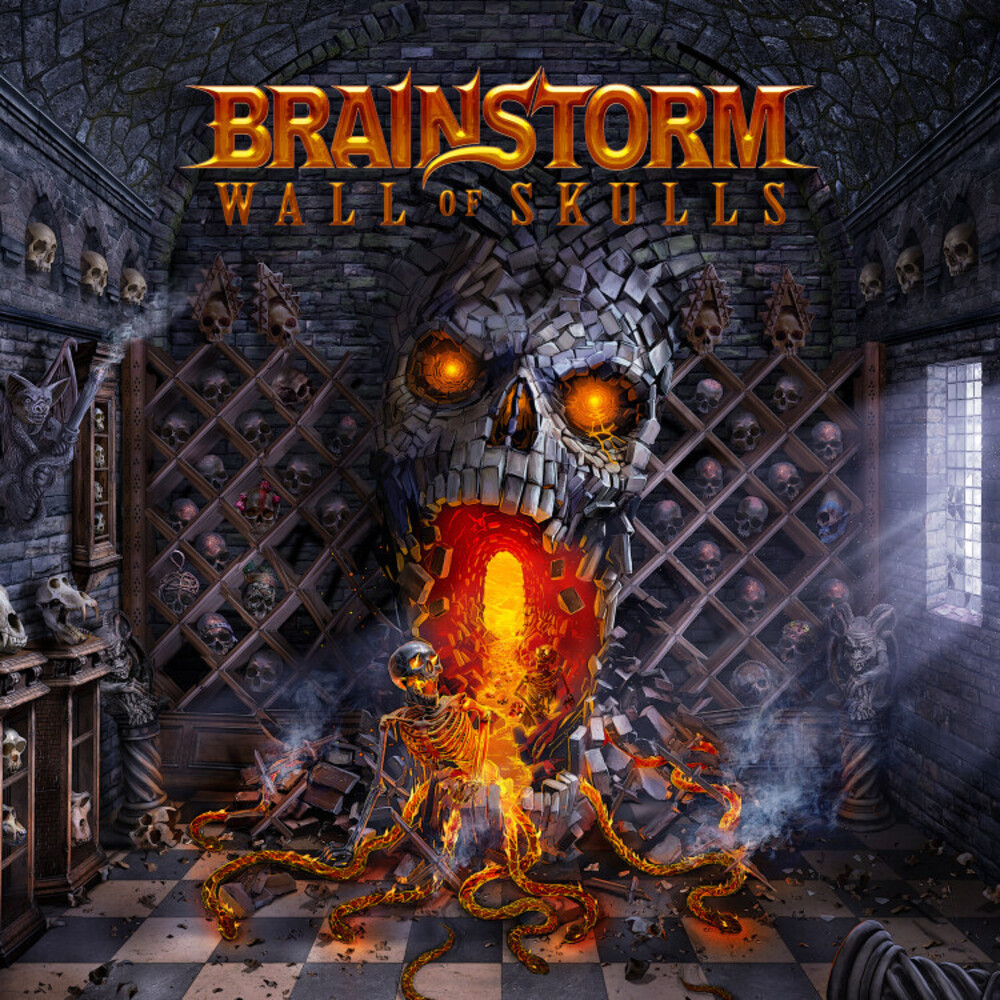 More than 30 years of history in metal and still Brainstorm visibly captivates huge musical enthusiasm and joy while earning almost endless expertise in their craft, as you can hear - amongst others these ingredients culminate in a perfected new masterpiece of metal named "Wall Of Skulls" Know-how and creativity, the two driving forces behind the new opus from power metal force Brainstorm, are part of each of the eleven songs on this album, which is their 13th studioalbum. A bad omen? Not at all, in the metal world things are different - the five guys from Southern Germany have all they need to easily prove wrong any critic. After the successful predecessor "Midnight Ghost" (2018) entered German Album Charts on #25 and scored #55 in Swiss album charts, Brainstorm do not cease or lower the power and tempo. They just keep doing what they do best, thus with great anticipation we're looking forward to the final result of their work.