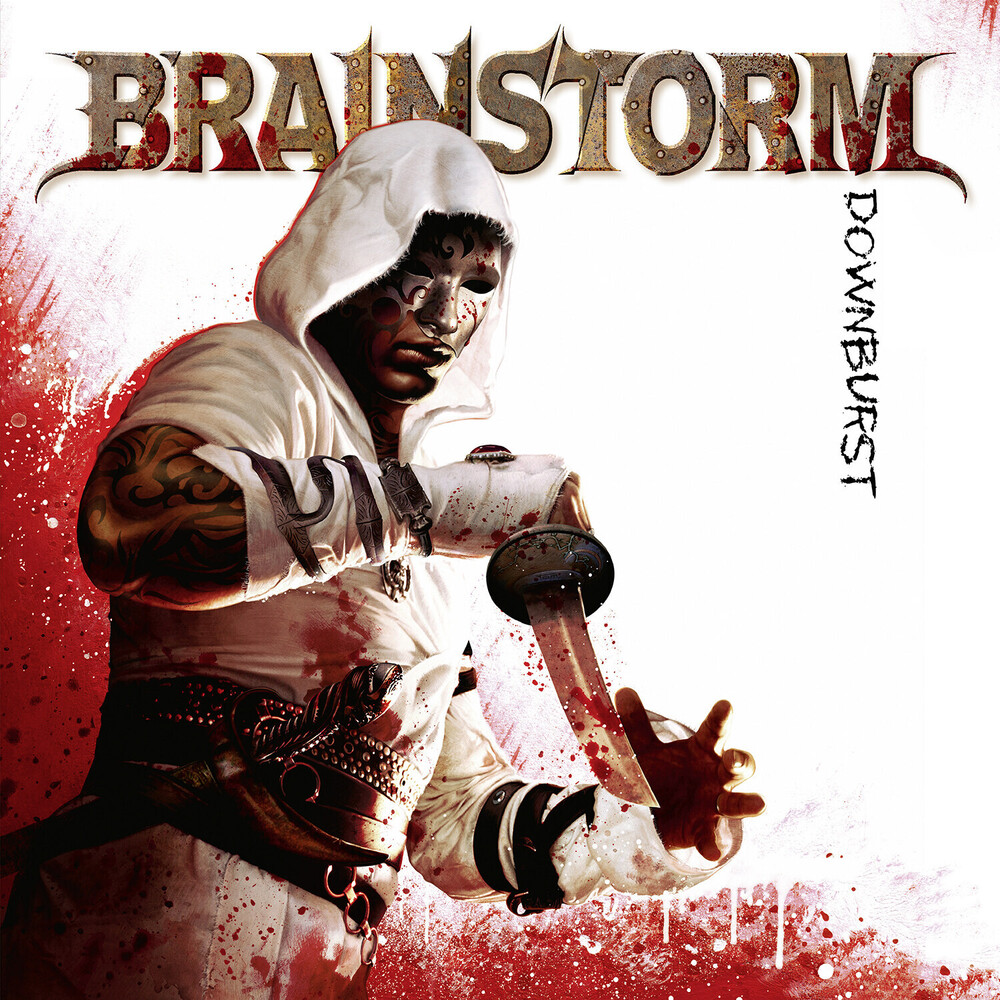 Downburst - Finally available on vinyl again! The Brainstorm classic in a high-quality gatefold pressed with clear red pvc. The press already agreed in 2008 that Downburst is a real banger. Even 14 years after it's release, Downburst stands for the moment when the typical, independent Brainstorm sound was formed. Reason enough to finally make the album available on vinyl again. With the record "Downburst" BRAINSTORM fans got a real downburst! A manifesto of power metal, for which even the press only found words of praise! This seventh album sounds more earthy than it's predecessors, it has - infernally catchy, yet never intrusive hooklines, complex, thrashy riffing, orchestral sound dabs - 100 percent Brainstorm style. It's been 14 years since the release and the one-off vinyl edition is long out of stock. This screams for a new edition of this great record! Brainstorm will surely have a few songs from that record in their repertoire on the "Brainrage" tour!