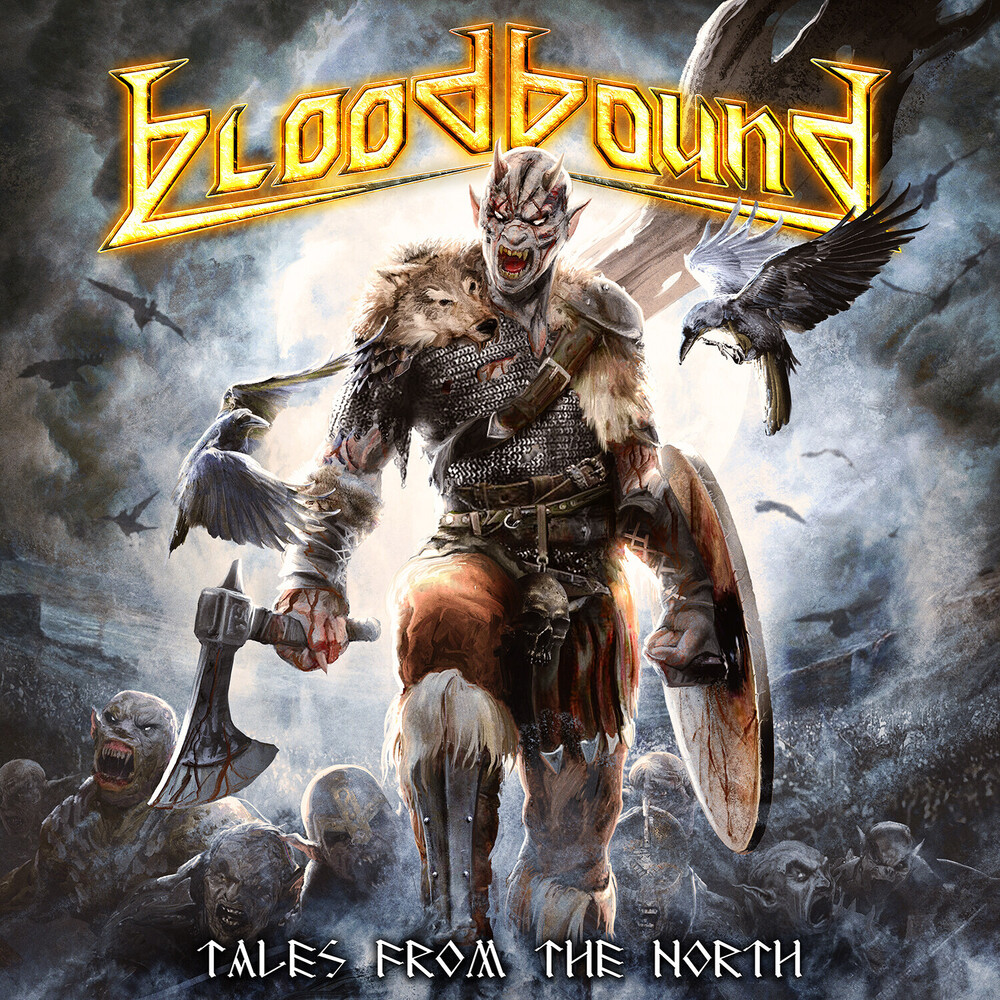 "Tales From The North" - the tenth studio album of the Swedish power metal band Bloodbound. Once again a solid, catchy orchestral and symphonic direction without losing their passion for anthemic tracks. Their best album so far! The power metal band Bloodbound earned their standing in the worldwide metal scene through an exemplary discography and a lot of diligence. This is shown in much touring through 25 countries with bands like Sabaton, U.D.O. and Hammerfall, as well as a first chart entry in 2017 with their album "War Of Dragons", which they also succeeded with the followers "Rise Of The Dragon Empire" and "Creatures Of The Dark Realm". Now their already tenth studio album called "Tales From The North" is ready to be released and one can claim that the Swedes have succeeded herewith their probably best work. A logical further development of the last albums, which consolidates the stronger influences of Nordic folk music and fits effortlessly into the typical Bloodbound sound. On July 7th 2023 it will be anthemic, fantastic and great again, without losing the certain hardness of power metal! With "Tales From The North" Bloodbound tell once again rousing stories from the realm of the Vikings and Celts