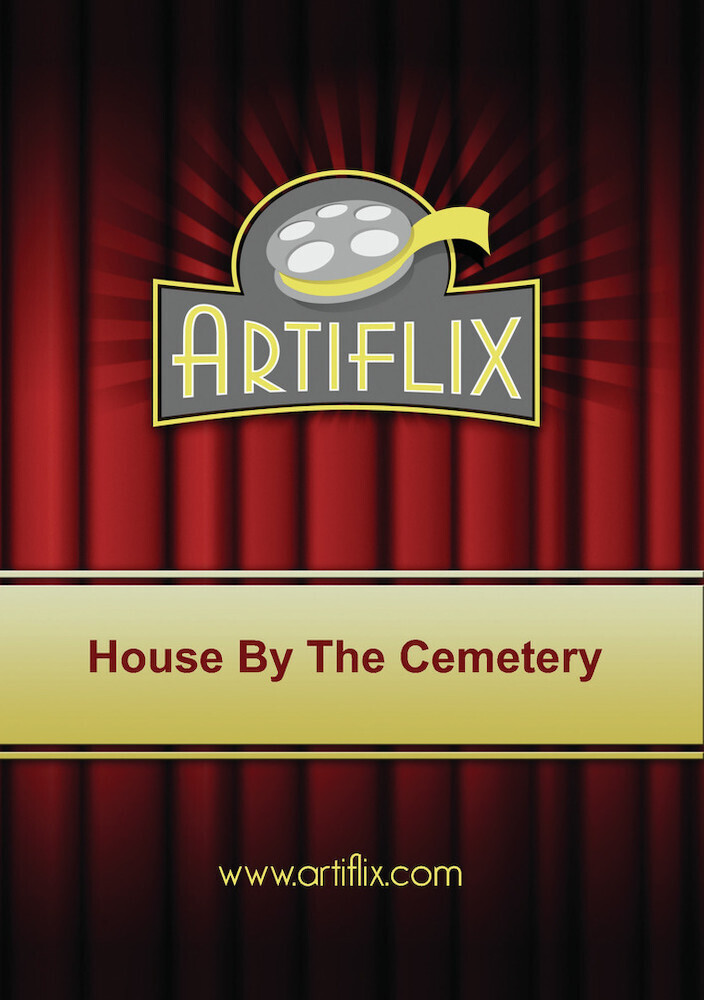 A young woman (Daniela Doria) in an old abandoned house is looking for her boyfriend Steven who has taken her there for sex. The young woman discovers her boyfriend's horribly mutilated dead body when she gets stabbed through the back of her head with a sharp kitchen knife by an unseen person. The killer drags the woman's body through a door leading to the cellar. New York City, several months later. A young boy named Bob (Giovanni Frezzi), and his parents Norman and Lucy Boyle (Paolo Malco and Catriona MacColl) are preparing to move to a new house in New England just outside Boston previous occupied by Normans ex-colleague, Dr. Peterson, who recently murdered his mistress before committing suicide. The Boyles are to spend six months at the house, whilst Norman finishes his research project of old houses at the request of his employer Professor Muller (director Lucio Fulci). As his mother packs, Bob looks at the photograph of a sinister-looking old house, hanging on the Boyles wall. In it, he sees a young girl warning him to stay away. In New Whitby, Boston, Bob waits in his parents car while they pick up their house keys at the estate office. He makes further contact with the girl in the photo, who this time appears across the street. Despite the distance between them, Bob and the girl (Silvia Collatina), who introduces herself as Mae, can hear each other without opening the car windows. Mae again warns Bob to stay away. In the real estate office, the friendly Mrs. Gittelson (Dagmar Lassander) is annoyed with her laconic colleague Harold, who hands the couple the Freudstein keyes. It's Oak Mansion, Harold, she insists. She seems to recognize Dr. Boyle and asks him if he's been to New Whitby before. Norman says that he hasn't. Accompanying the family to Oak Mansion, Mrs. Gittelson promises to arrange for a babysitter to drop by. Lucy is struck the by the resemblance between the house in the photograph and their new home. But Norman seems strangely disinterested. Inside, the old house is spacious, but in a poor state of repair. They notice in the kitchen that the cellar door is locked and nailed shut. As they start unpacking, a strange young woman arrives and introduces herself as Anne the babysitter (Ania Pieroni). That night, Norman hears noises and on rising to investigate, finds Anne unblocking the cellar door. The next day, Norman goes to the local library to look over Dr. Petersons materials. Mr. Wheatley the librarian (Carlo de Mejo) also seems to recognize him and asks if he's been to the town before. Norman again replies that he has not. The assistant librarian Daniel Douglas (Giampaolo Saccarola) informs Norman that Dr. Peterson has conducted private research at the old house. He'd been studying records of disappearances in the area over the last several years as well as medical reports and death certificates, none of which has any relevance to his official studies. In the wild undergrowth around the house, Mae shows Bob a tombstone bearing the name of Mary Freudstein and says that the woman is not really dead. Indoors, Lucy finds a tombstone set into the floor. It bears the name Jacob Tess Freudstein. Scared and confused by her discovery, she hears noises emanating from all over the house and breaks down screaming. When Norman returns home, he reassures his distraught wife that it's quite normal for some old houses in the region to have indoor tombs, because of the hard wintery ground. Producing a set of keys and a flashlight, Norman opens the cellar door and proceeds to walk down the stairs only be attacked by a large bat, which sinks it's teeth into his hand and proves incredibly hard to get off. Norman stabs at it's loasome pulpy body over and over in which the things oozes globs of blood before dropping dead to the kitchen floor. Now completely spooked, the family drives down to the estate officce where they demand to be rehoused. Their demands are met with exaggerated yawns from Harold.