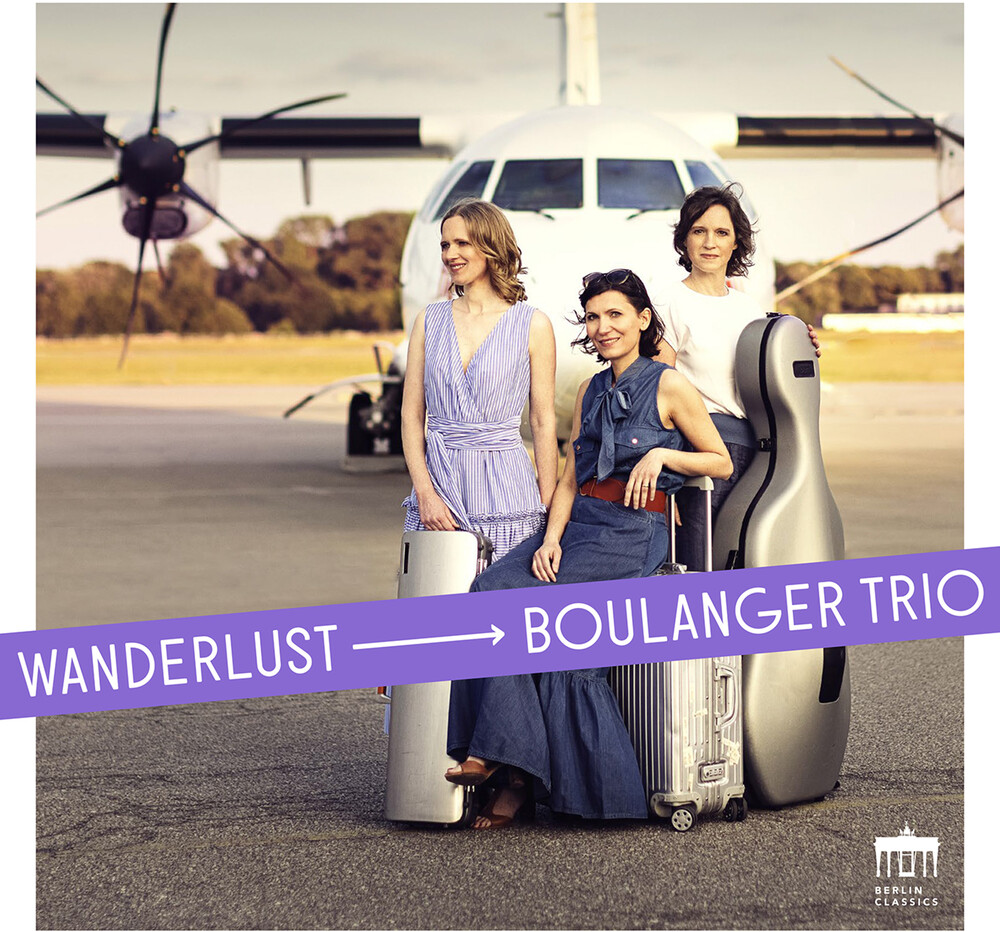 On "Wanderlust," the new album on Berlin Classics, the Boulanger Trio explores romantic worlds of feeling, transports listeners to a wide variety of soundscapes, and takes hold of the musical walking stick. With a program that explores through different national schools of composition, they not only combine the great names of the 19th century on one album, but deliver an intelligently assembled soundtrack for a road trip. Founded in Hamburg in 2006 by Karla Haltenwanger (piano), Birgit Erz (violin) and Ilona Kindt (violoncello), the trio is now based in Berlin and Hamburg. In 2007 the ensemble won the 4th Trondheim International Chamber Music Competition in Norway, followed by the Rauhe Prize for Modern Chamber Music in 2008. The ensemble has received musical guidance from Hatto Beyerle, Menahem Pressler and Alfred Brendel.