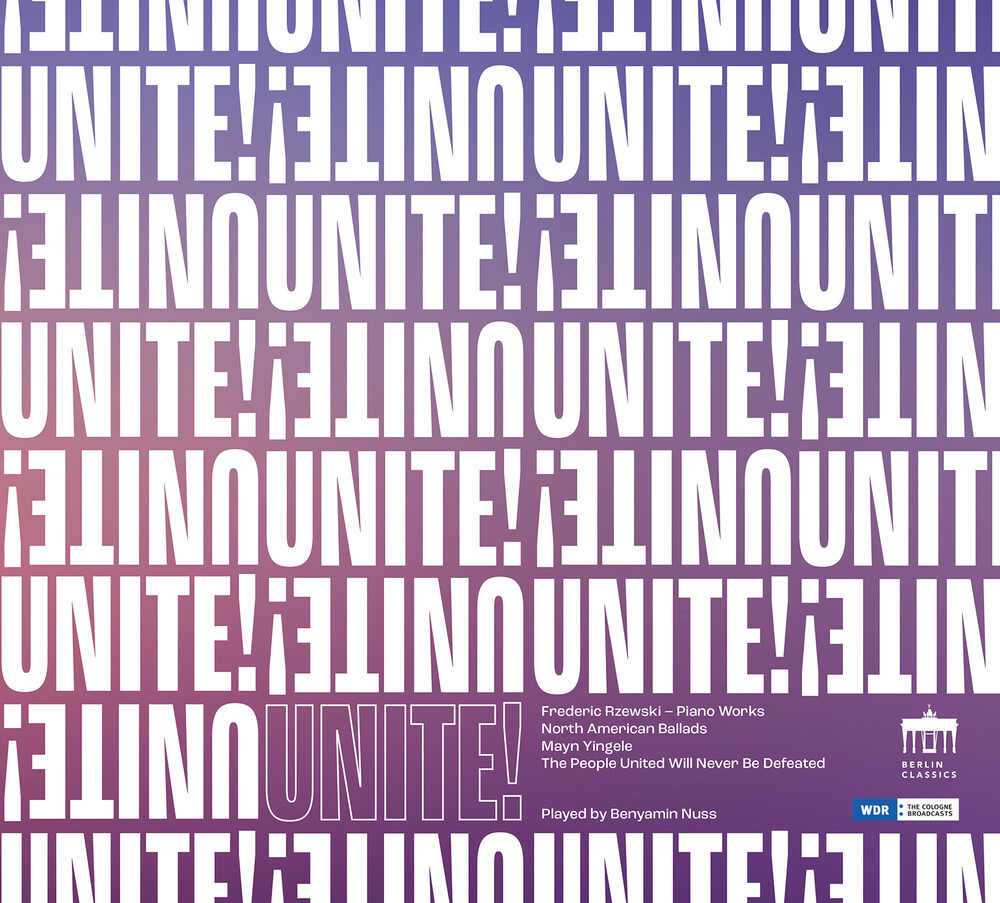 Frederic Anthony Rzewski was one of the essential contemporary US composers whose death anniversary is approaching for the first time. The Dresden pianist Benyamin Nuss impressively and virtuously presents three of the most famous works on 2 albums. Nuss starts the album with the four movements of the "North American Ballads" and takes you directly into the composer's sound universe. These pieces tell of the nation's workers, the downtrodden and oppressed, and illustrate Rzewski's view of the United States of his time. The second work of the double album, "Mayn Yingele", was written on the occasion of the 50th anniversary of the Reich Pogrom Night and expressed the pain of a shift worker of that time. Rzewksi's best-known work, "The People United Will Never Be Defeated," closes the album with 36 variations on a Chilean resistance song. Echoes of the old Brecht/Eisler solidarity song enter the score, and various styles are woven into the compositions. Throughout the album, Nuss impressively demonstrates the technical precision and dedication with which he has fully immersed himself in Rzewski's works, making "Unite!" one of the most challenging recordings of his entire discography.