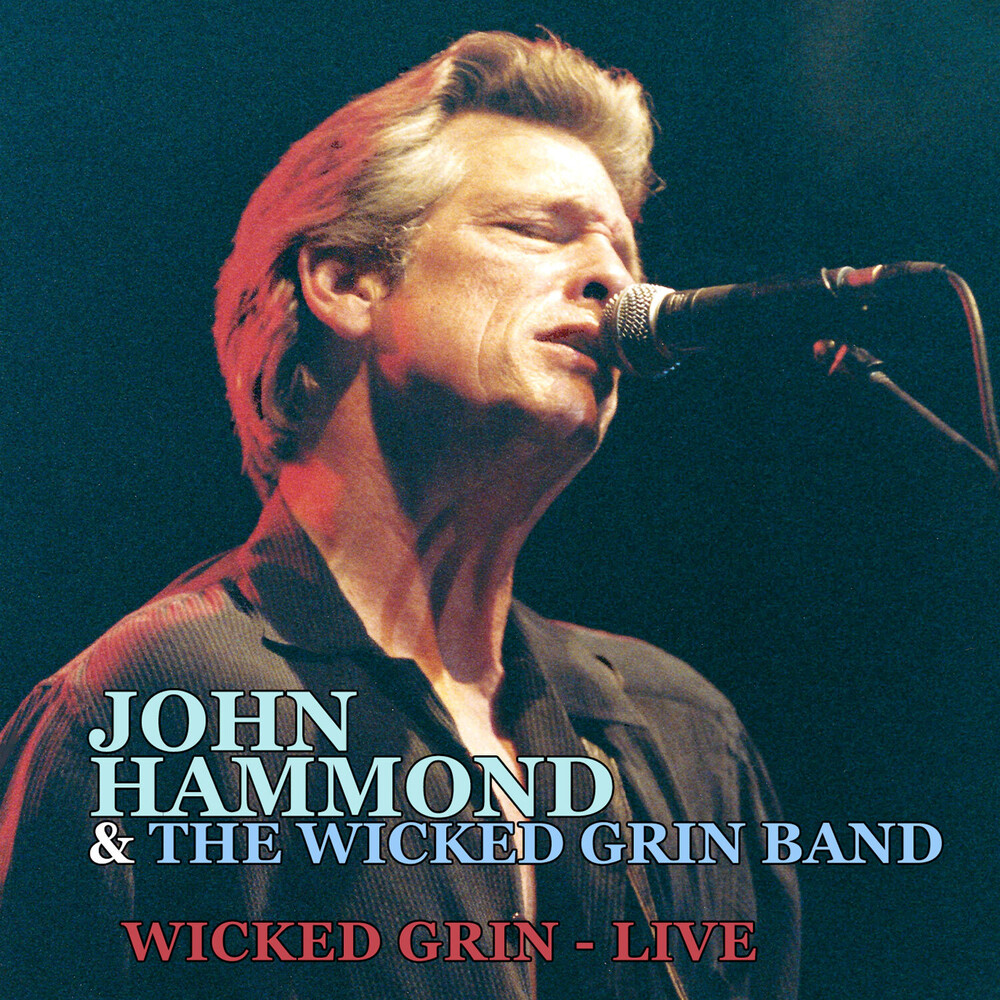 John is a great force of nature," enthused Tom Waits after he produced Hammond's 2001 album Wicked Grin, which almost entirely consisted of interpretations of Waits compositions. "I don't know anybody that can play guitar like that except guys that are old enough to be his grandfather. And for a writer it's flattering to have someone like John do your songs. He has invaluable experience and finesse. He makes me sound good."On 'Wicked Grin" John Hammond was accompanied by a small group of musicians, all of whom had previously worked with Waits. Most of these musicians subsequently gigged the album with Hammond but by the time of the Bremen gig that comprises 'Wicked Grin - Live" in 2002, the line-up consisted of guitarist Frank Carillo, bassist Marty Ballou & drummer Stephen Hodges.All the songs are extraordinary. Here are compelling and surreal dispatches from America's demi-monde, with the songs peopled by billiard-playing midgets, blind firemen, drunks, junkies, losers, ingrates, cheating women and hobos with Runyonesque names like Slaughterhouse Joe, Jack The Cutter, Little Joe from Kokomo, Jimmy The Harp and The 44 Kid.Hammond has always regarded 'Wicked Grin" as a career highlight. But if the album is a landmark in his recording career, it is surely equally true, on the evidence of 'Wicked Grin - Live", that the gigs he played in support of it were amongst the most remarkable of his glorious, ongoing six decade career as a travelling bluesman.- Great live version of the John Hammond / Tom Waits collaboration "Wicked Grin" from 2002, one year after the release of the studio version- recorded by Radio Bremen at Moments Club, Bremen (Germany) on May 2nd 2002- 1985 Grammy for Blues Explosion, a compilation from the Montreux Jazz Festival with Stevie Ray Vaughan, Koko Taylor and others- Blues Music Award: 2004 & 2003 for Best Acoustic Blues Artist, 2002 for Best Acoustic Album "Wicked Grin