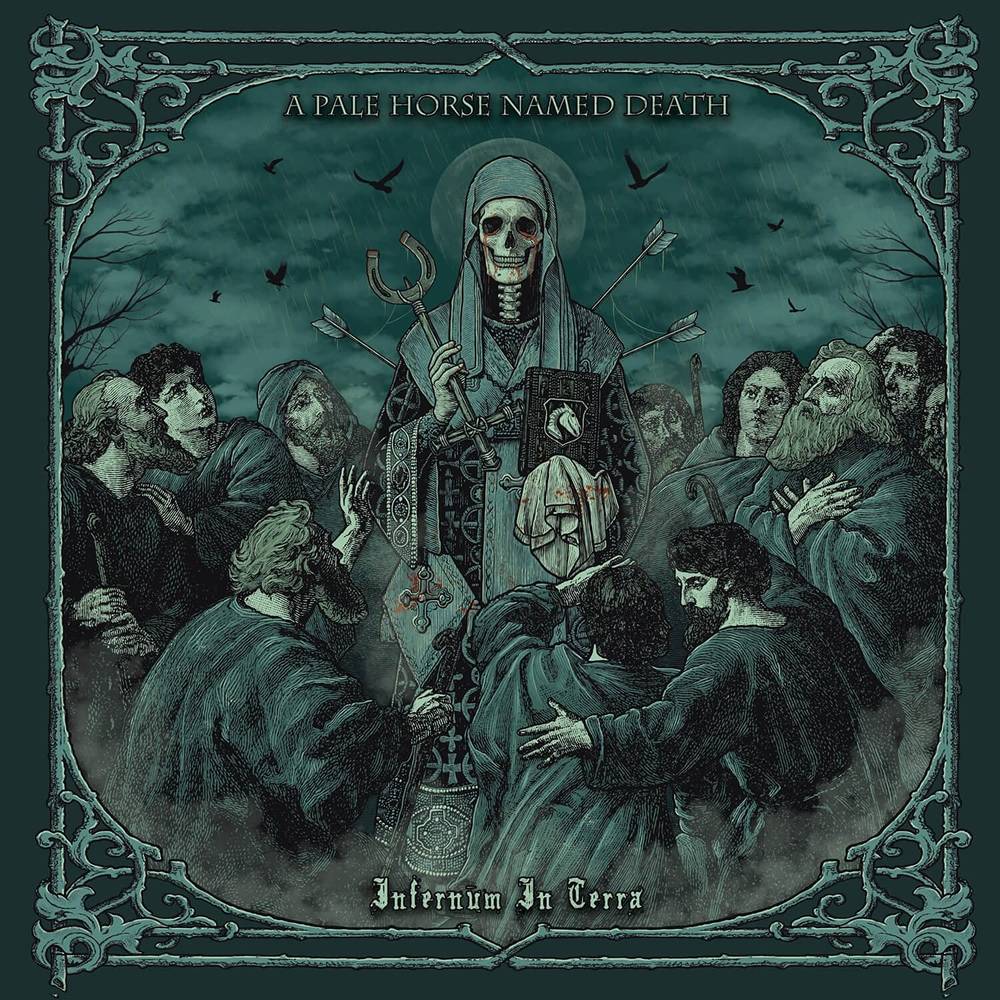 Less than two years after it's predecessor's release, A Pale Horse Named Death are poised to unveil their fourth full-length album, Infernum In Terra.Written and recorded during months of isolation in 2020, Abruscato's latest collection of crestfallen anthems showcases a bold and adventurous new upgrade for APHND's trademark sound,with greater subtleties and depths but also some of the heaviest, gnarliest riffs the band have ever unleashed. Combined with a production that fills the room with sparkling clarity and chokinggloom, Infernum In Terra will satisfy every last one of the New Yorkers' fans, while expanding Abruscato's singular vision beyond all expectation. Lyrically, too, Infernum In Terra represents asignificant evolution. New songs like Cast Out From The Sky and visceral and epic first single Reflections Of The Dead are, of course, sodden with misery and emotional turmoil, but previousalbums' myopic approach has been rejected here. Instead, Infernum In Terra makes intermittent concessions to a more outward-looking perspective, enabling A Pale Horse Named Death topass through fresh thematic territory.