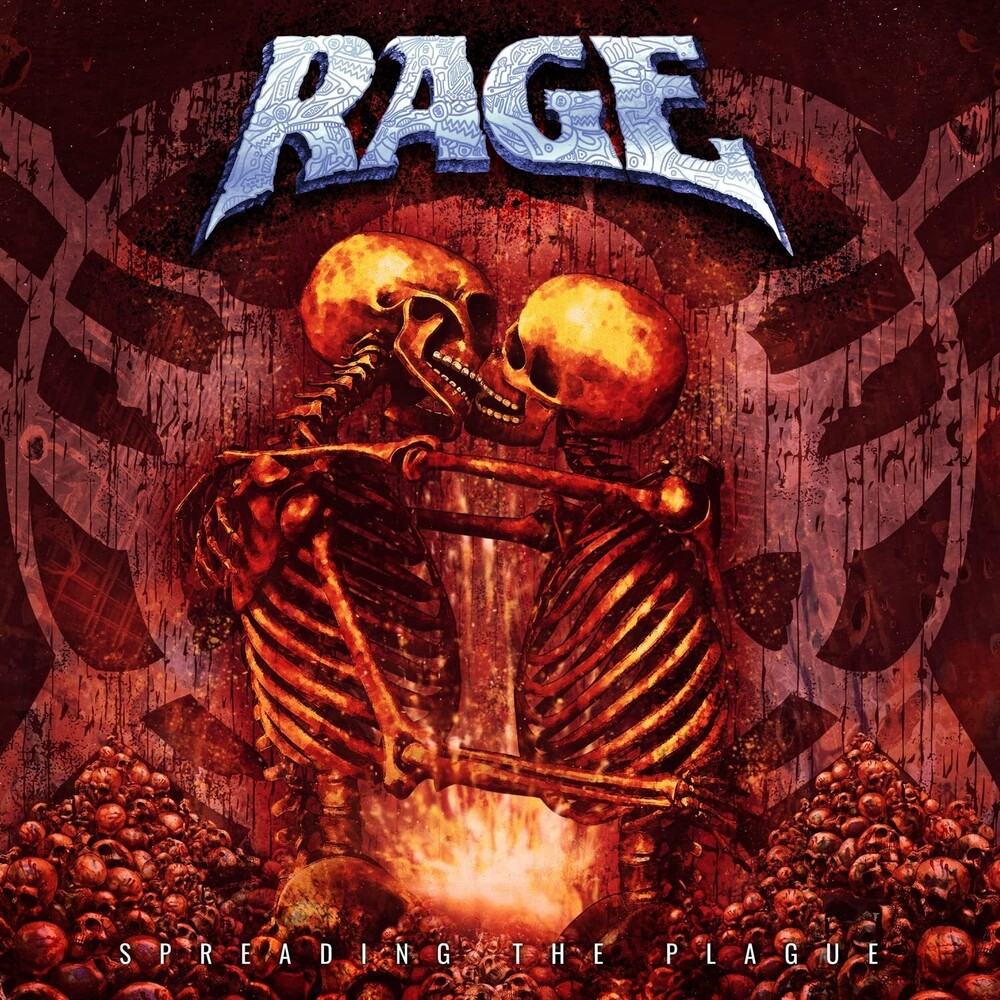 GERMAN POWER METAL BAND RAGE HAS COME UP WITH A SPECIAL SURPRISE FOR IT'S FOLLOWERS TO THANK THEM FOR THEIR LOYALTY AND PATIENCE DURING THE LONG WAIT ENFORCED BY THE PANDEMIC: In time for their major co-headlining tour alongside Brainstorm in October and November 2022 and as an appetiser for the things that await their fans, singer/bassist Peavy Wagner and his bandmates Jean Borman, Stefan Weber (both guitars) and Vassilios "Lucky" Maniatopoulos (drums) are set to launch their 'Spreading The Plague' EP on Steamhammer/SPV on 30 September 2022, featuring three previously unreleased new songs as well as three exciting bonus tracks. Says Peavy: "This is a thank-you to our fans who have stood by Rage for so many years. We really look forward to seeing everybody again at our upcoming shows." 'Spreading The Plague' consists of the songs 'To Live And To Die', 'Spreading The Plague' and 'The King Has Lost His Crown', all three from the production phase of Rage's 2021 album 'Resurrection Day' and previously unreleased. Peavy explains: "These are numbers that we recorded at the same studio quality level as our 'Resurrection Day' material but have deliberately held back until now to have something special up our sleeve for our fans when we'll be able to tour again at last." 'Resurrection Day' was a major success for Rage: The album scored high chart positions in a number of countries in September 2021, such as number 14 in Germany, number 12 in Japan, number 38 in Switzerland, and a more than impressive numbers 46 and 81 in the US and Canada, respectively.