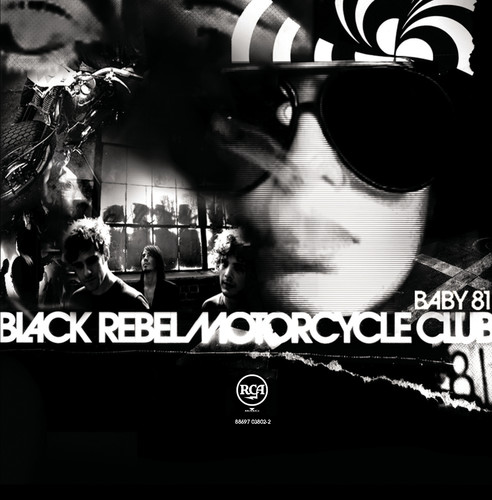 Baby 81 is an ambitious, guitar-driven rock'n'roll record that's guaranteed to get people jumping and thinking. The album was born only minutes after the final track on Howl was completed, when Peter Hayes and Robert Levon Been were rejoined in the studio by drummer Nick Jago after a brief breakup earlier that year.

''Baby 81'' is an album by Black Rebel Motorcycle Club. It is their fourth studio album and was released on April 30, 2007 in Europe and on May 1, 2007 in the U.S.. The album features a harder, more raw sound compared with their previous record ''Howl''. It was also a studio comeback for drummer Nick Jago who was unable to participate during the recordings of ''Howl'' (other than the last track recorded during the sessions, 'Promise'). A DualDisc edition of the album was set to be released on May 1 in the U.S.; however, it has since been canceled.

The album title refers to Baby 81, a survivor of the 2004 Indian Ocean earthquake.

The track "Weapon Of Choice" is featured in the bonus setlist in Guitar Hero: World Tour and as downloadable content for Rock Band. It is also featured in the racing game Ferrari Challenge: Trofeo Pirelli. - Wikipedia

We're not sure if a band that wears its influences as blatantly as Black Rebel Motorcycle Club can really have a "return to form." We can say that Baby 81 sounds more like the first two albums than like the detours into blues and folk on Howl. "Weapon of Choice" and "666 Conducer," for two, are particularly sleazy strolls through the Jesus and Mary Chain catalog by way of the Stooges.