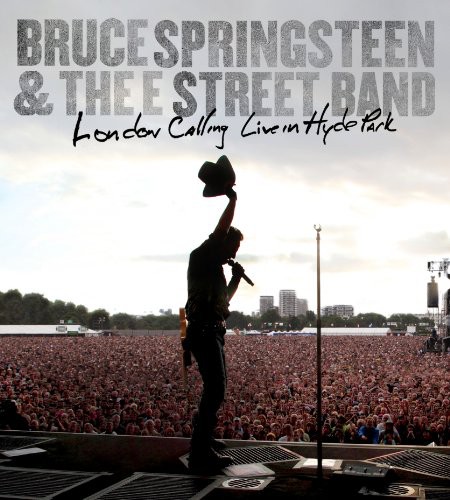 aptured in London at the Hard Rock Calling Festival on June 28, 2009 in HD, the 163-minute film documents 26 tracks of live Springsteen that begin in daylight and progress through a gorgeous sunset into night. Viewers are able to see Springsteen spontaneously directing the E Street Band and shaping the show as it evolves. The set list spans from 'Born To Run' era to 'Working On a Dream' and includes rare covers such as The Clash's "London Calling," Jimmy Cliff's "Trapped," The Young Rascals' "Good Lovin'," and Eddie Floyd's "Raise Your Hand." Springsteen also performs fan favorite "Hard Times (Come Again No More)," written by Stephen Foster in 1854. Brian Fallon from The Gaslight Anthem joins the band as a guest vocalist on Springsteen's own "No Surrender." GRAMMY and Emmy Award-winning producer and editor Thom Zimny and director Chris Hilson, both members of Springsteen's video team dating back over a decade, oversaw the film. Audio was mixed by Bob Clearmountain. Bonus material includes stunning footage of "The River" from Glastonbury, June 27; and the full music video for "Wrecking Ball," filmed at New Jersey's Giants Stadium.