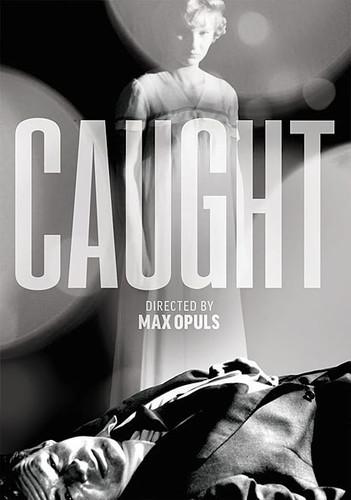 It doesn't take a nuclear scientist to figure out that Smith Ohrig, the character played by Robert Ryan in Caught, is a thinly disguised takeoff of Howard Hughes. But whereas Howard Hughes was merely paranoid and eccentric, Smith Ohrig is an all-out psycho.

Impulsively marrying ambitious model Leonora Eames Barbara Bel Geddes, Ohrig keeps the poor girl a virtual prisoner in his palatial mansion, tormenting her with twisted mind games while he continues his premarital playboy activities. Coming to the realization that wealth and creature comforts are no substitute for stability, Leonora takes a "normal" job in the offices of society doctor Larry Quinada James Mason. Falling in love with her boss, Leonora nonetheless returns to Ohrig when he turns on his patented charm. Only an act of God accelerated by Ohrig's hedonistic lifestyle rescues Leonora from a life of lavish bondage. Billed as Max Opuls on the credits of Caught, director Max Ophuls manages to implant his own distinctive style upon what is essentially a slick Hollywood studio product.