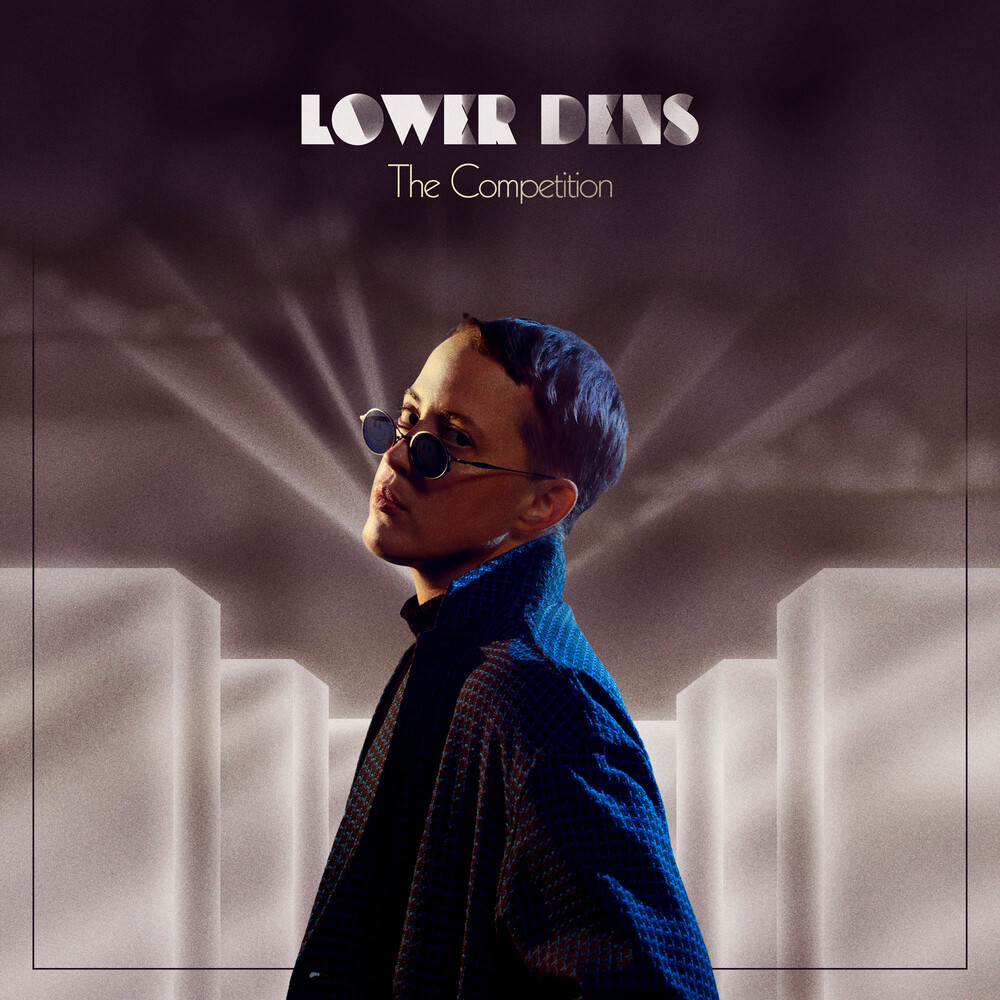 The Competition, the anticipated fourth album from Lower Dens, is a pop album with a concept both emotionally and politically urgent. The title is lead singer and songwriter Jana Hunter’s term for a sociopsychological phenomenon that, in different ways, binds us all. Modern capitalism by nature generates a psychosis that accelerates our insecurities and anxieties to the point of total overload, corroding our intimacies, our communities, and our senses of self. The Competition speaks, in various ways, to the necessity of “socially de-conditioning ourselves and learning how to be people,” Hunter says. “The issues that have shaped my life, for better or for worse, have to do with coming from a family and a culture that totally bought into this competitive mindset.” The band’s first three albums—Twin-Hand Movement, Nootropics, and Escape from Evil—formed a narrative of sorts, about finding community, and identifying one’s responsibilities. This trajectory was interrupted by personal crises including frustrating battles with mental health. At the same time, Hunter was and is still undergoing a gender transition they had been deferring for many years. “I repressed the idea for a long time,” Hunter says. Hunter studied Western classical music growing up, “but I was wild and in a lot of pain, and it didn’t really touch that. What did, especially as a very young person, was pop — a spectrum ranging anywhere from Prince to Anne Murray. Home life was very bleak, and pop songs were a guaranteed escape to a mental space where beauty, wonder and love were possible. I wanted to write songs that might have the potential to do that.” The Competition draws on influences ranging across decades of Western pop music and chronicles messy, vulnerable humanity at a time of upheaval and chaos — through immersive, four-minute songs meant to give pleasure as much as provoke self-examination. It channels an urgent, restless desire to connect. “My voice is gonna be different when I perform these songs than it was when I recorded them,” Hunter says. “I’m equally terrified of and excited by that, but I always want to be more myself onstage, to reach people.”