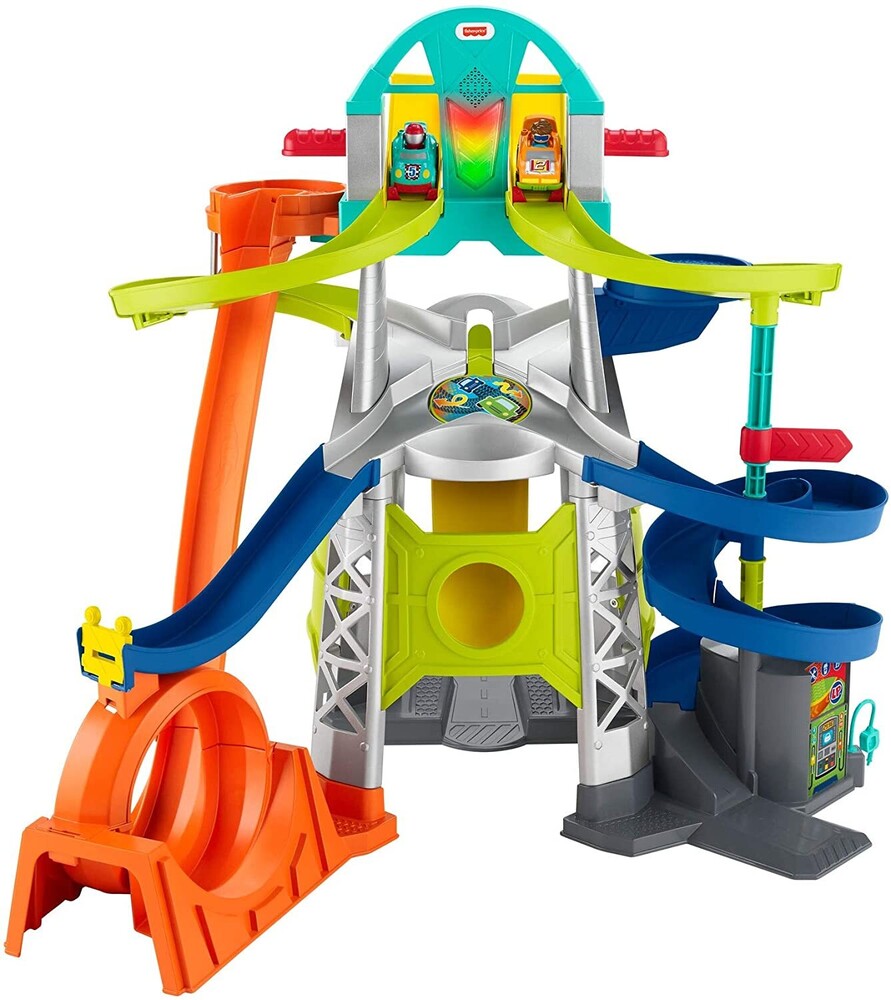 And they're off! The Wheelies cars are racing down the track, zooming around and around as they approach the crash zone. What happens next is anyone's guess with the Little People Launch & Loop Raceway from Fisher-Price. This action-Packed vehicle playset features three speed tracks and multiple stunts, including a Hot Wheels loop-the-loop, a jump ramp and drop-through trap door, plus cool lights and sounds to bring the racing action to life. Toddlers can use the double car launcher to send cars racing down the track at the same time, where they could pass each other to continue down separate paths or crash into each other for an awesome smashing finale.

With cool lights and sounds plus daredevil curves, an awesome crash zone, and a Double Car Launcher that lets kids race their Wheelies vehicles against each other, the Little People Launch & Loop Raceway offers all the crashing, smashing and high-speed racing action preschoolers need!

Hay is for horses - but so are hugs. That's just one of the little life lessons that toddlers learn when they play with their Little People friends. By creating kid-sized versions of real-life experiences, Fisher-Price Little People toys bring a whole world of adventures to the palms of their teeny hands.